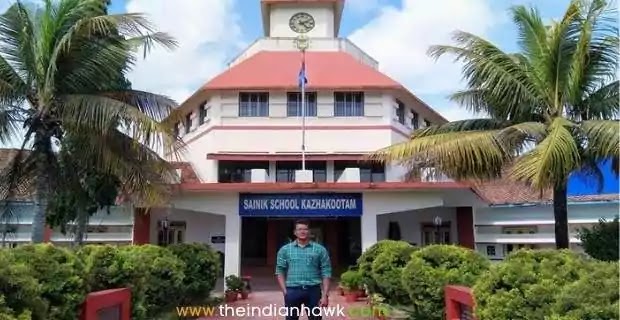 Sainik School, Kazhakkuttam, the only Sainik School in Kerala, has accepted its first batch of women pupils, three years after Sainik School, Chhingchhip, Mizoram, became the first in the country to admit woman cadets.

After passing the All India Sainik Institution Entrance Examination 2021 for Class VI and Class IX, the students were admitted to the school, which was founded in 1962.

The first batch, which included seven girls from Kerala, two from Bihar, and one from Uttar Pradesh, was welcomed with a special assembly in the school auditorium.

According to a statement released here on Wednesday, Principal Col. Dhirendra Kumar sent his best wishes to the incoming cadets for their stay at the one-of-a-kind institution in Kerala.

In order to accommodate the girl pupils, the school infrastructure has undergone considerable renovations in the last year. By the start of the school year, a new home and dormitory had been built.

In the 2018-19 academic year, the Sainik School Society in Mizoram experimented with admitting female cadets to Sainik Schools, which proved to be a success. As a result, other states began to allow females to their Sainik Schools, with the goal of increasing women's involvement in the armed services.

In his 75th Independence Day speech this year, Prime Minister Narendra Modi stated that from this academic year, all 33 Sainik Schools will welcome female cadets. Every year, ten per cent of the total places in each Sainik School in the country will be designated for females.