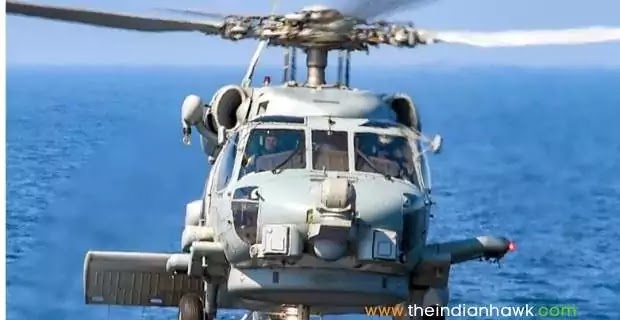 As it announces an enhanced defence budget for the coming fiscal year, Taiwan's government is seeking financing for a long-delayed plan to buy shipboard anti-submarine helicopters from the United States.

Taiwanese media sites, including the Taipei Times, have claimed that the Ministry of National Defense is attempting to add money for the purchase of Sikorsky MH-60R Seahawk helicopters at the eleventh hour.

Taiwan's government has authorized a $16.89 billion military budget for the upcoming fiscal year, which runs from January 1 to December 31, 2022. The number equals roughly 2.1 per cent of the country's anticipated gross domestic product in 2022, up 4% over the previous fiscal year.

According to media estimates, Taiwan intends to buy up to ten MH-60Rs over several years, with armaments including Mk 54 torpedoes, Hellfire air-to-surface missiles, and cannons.

Maj. Gen. Shih Shun-wen, a spokesperson for the ministry, declined to comment on the record.

Tsu Tse-min, the government's cabinet comptroller, stated that when the budget is approved, any proposed things that aren't currently budgeted for would require ministerial intervention. To pay for those things, the ministry would have to take money from other initiatives, according to the official.

Taiwan is looking for MH-60Rs to replace its outdated navy helicopter force, which currently consists of Sikorsky S-70C(M) and Hughes MD500 helicopters. The latter are anti-submarine light observation helicopters that date back to the 1980s and are in need of replacement.

The US State Department approved Taiwan's acquisition of 10 MH-60Rs under the Foreign Military Sales program in 2015, however, the purchase has been postponed numerous times owing to budget constraints and conflicting priorities.

The MH-60R is the most recent of a series of naval helicopters based on the S-70 Black Hawk that has been modified for anti-submarine, anti-ship, and other sea control missions from ships or land bases. The AN/APS-153 multi-mode radar, which can automatically detect submarine periscopes above the ocean surface, as well as the AN/AQS-22 sophisticated airborne low-frequency sonar, are included in the version.