Following the Taliban's total takeover of Afghanistan, China and Pakistan have replaced their army commanders in charge of the borders with India. 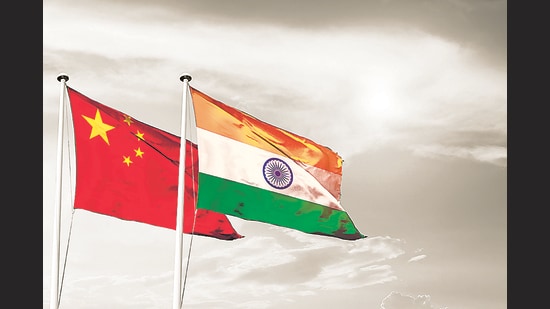 Following the Taliban's total takeover of Afghanistan, China and Pakistan have replaced their army commanders in charge of the borders with India.

According to top sources, dangers along India's borders with China and Pakistan have grown significantly, as foreign terrorists seeking to enter the country to breed trouble.

In the previous nine months, China has replaced the military commander of the Western Theatre Command, which is responsible for China's borders with India.

“These measures are clearly a cause for concern for India,” a senior government source said, adding that resolving border conflicts with these two nations was unlikely in the foreseeable future.

Pakistan named Lieutenant General Azhar Abbas as the new Chief of General Staff on Tuesday. He was formerly responsible for the security of the Line of Control (LoC) with India.

After the Pakistan Army Chief, this assignment is regarded as the most powerful in the army. The Directorates of Military Operations and Military Intelligence report to the Chief of General Staff, who is in charge of operational and intelligence affairs at General Headquarters.

The Line of Control is patrolled by the Rawalpindi Corps (LoC).

The Xinjiang and Tibet Autonomous Regions, as well as the Indian border, are under the control of the Western Theatre Command.

General Wang Haijiang, 58, took over for General Xu Qiling, 59, who was just elevated to lead the Western Theatre Command in July of this year.

General Xu had previously succeeded General Zhang Xudong, 59, who had been chosen to lead the command in mid-December last year, replacing 65-year-old Gen Zhao Zongqi, who had resigned from the PLA.

It's unclear what General Xu Qiling and General Zhang Xudong's new roles will be now that they've been relieved of their Western Command duties.

With the changing of the guard on the northern and western frontiers, the Indian military has beefed up protection around the borders while also making strategic shifts.