Zen Technologies' stock has been soaring to new heights. In the previous seven trading sessions, it has risen by more than 75%. 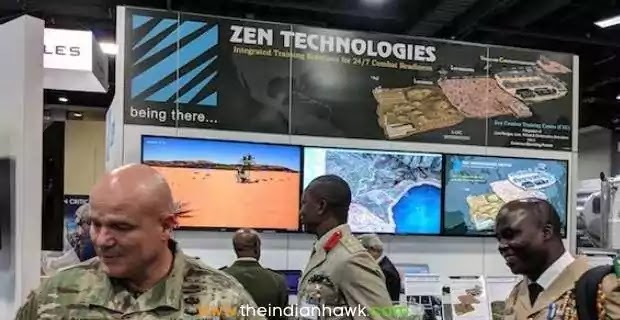 Zen Technologies' stock has been soaring to new heights. In the previous seven trading sessions, it has risen by more than 75%. The stock has gained approximately 86 per cent in the previous month and is presently trading at roughly Rs169 on the NSE. The firm specializes in defence training as well as drones and anti-drone technologies. The Indian Air Force has awarded the firm a large contract for around Rs 155 crore.

Zen Technologies' CMD, Ashok Atluri, is optimistic about landing many more orders in the drone and simulator industries. He further stated that attaining an income of Rs 550 crore in the next three years appears to be a simple task at this time.

For a long time, the company's main concern was getting orders, but it now feels more comfortable in that regard. “The current order book position stands at around Rs 400 crores,” Atluri said in an interview with CNBC-TV18. The export contract is worth around 120 crores, while the counter-drone order is worth about 100 crores, and both must be completed within the next 12 months.”

“We definitely anticipate to have a good turnover this year,” he added. By early next year, all of these (orders) will have been fulfilled.” He further stated that orders worth Rs 270 crores will be fulfilled over the next four quarters.

The company's latest purchase from the Indian Air Force drew considerable international competition. “Between sword combat and firearms, guns have a significant edge worldwide,” Atluri said of the drone commercial potential. Now that drones are being used in conflicts, counter-drone systems are the only method to resist that danger, and Zen has competed against the world's biggest competitors and won this order.”

“The firm got the orders because the price disparity was significant, over 100 per cent,” he continued.