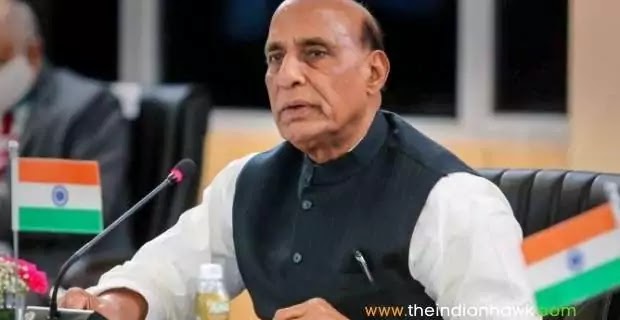 After the siege of Afghanistan by the Taliban, it is speculated what will be India's strategy in this regard. Meanwhile, Union Defense Minister Rajnath Singh said the changing equations in Afghanistan are a challenge for India and the Indian government is forced to rethink its Afghan policy following the capture of the Taliban on August 15.

Rajnath Singh said: “Changing equations in Afghanistan is a challenge for us. This situation has forced our country to rethink its strategy. We are changing our strategy and the formation of "Quad" underlines this strategy.

Rajnath Singh also said: "The Ministry of Defense is very seriously considering the formation of integrated battle groups. Quick decision making is an important factor during the war. These groups not only help to make quick decisions but also increase the number of combat units.

On Saturday, Foreign Minister S Jaishankar also spoke with his American counterpart Antony Blinken and discussed the latest changes in Afghanistan. We tell you that this conversation took place two days after the suicide attack outside the 'Kabul airport. 13 US soldiers and 170 Afghan civilians were killed in this attack. The responsibility for this attack was attributed to ISIS-Khorasan.

S. Jaishankar tweeted after the talks: "I spoke to the US Secretary of State, Antony Blinken, He spoke about Afghanistan and also shared his views on the UN Security Council agenda.