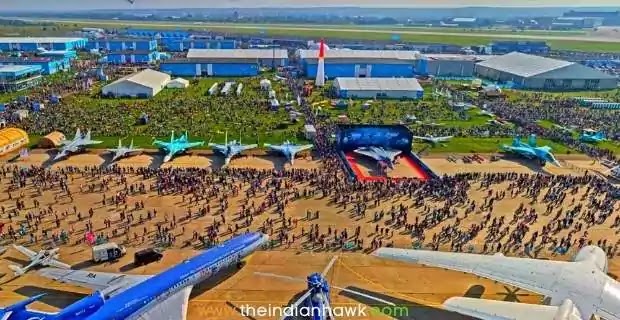 According to an announcement from Rostec, the holding company of Rosoboronexport, the agreements included the integration of the Russian ship missile and air defence artillery complex, Palma, into the armament system of a foreign country's ship.

“Russia's success in the sphere of military-technical cooperation underlines the local industry's capacity to develop fresh distinctive goods and solutions that are appealing to the (international) market,” said Alexander Mikheev, Director General of JSC Rosoboronexport.

The T-14 Armata, combat vehicles based on the "Boomerang" platform, reconnaissance and strike UAVs " Orion-E ", the fifth-generation fighter Su-57, and BMP-3 with the "Berezhok" module, among other equipment, drew special attention from foreign partners, according to the release, indicating their future sales prospects.

According to Mikheev, Rosoboronexport now has a portfolio of export orders worth more than $ 52 billion.

At the end of the Army-2021 event, Rosoboronexport stated that it had had over 70 discussions with representatives from 35 nations and signed around 20 contract papers worth over 2 billion euros.

Following a European Union prohibition on Russian firms showing weapons at major European events such as the Farnborough air show and Eurosatory, Russia has done well at its own arms exhibitions.

In addition, due to US economic restrictions, Russia has substituted the US dollar with cross-currency trading for armament sales.