entre informed the Supreme Court that it has decided to allow women to enrol in the National Defence Academy (NDA), which had hitherto been a male str 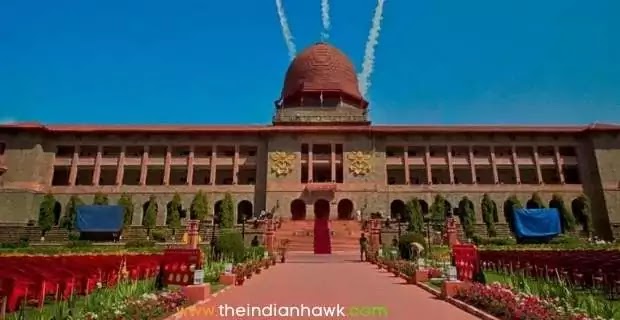 On September 8, the Centre informed the Supreme Court that it has decided to allow women to enrol in the National Defence Academy (NDA), which had hitherto been a male stronghold for military recruiting.

Women can train for a career in the Armed Forces directly after Class 12 if this decision is made properly on paper.

“I have some excellent news for you. The government and the Forces at the highest level have decided to induct girls for permanent commission via the National Defence Academy,” Additional Solicitor General Aishwarya Bhati said a Bench led by Justices Sanjay Kishan Kaul and M.M. Sundresh.

The government has until September 22 to produce an affidavit in this respect, according to the Bench. It stated that the Armed Forces were a well-respected organization, but that the issue was more about gender equality. The court recognized that it was a difficult position for them to continually urge the authorities to improve women representation. The Bench stated that authorities must operate independently.

Ms. Bhati was praised by the court for taking proactive steps to help women who want to join the military.

Ms. Bhati requested the court to keep the admissions to NDA in the current academic year unchanged for the time being.

The NDA exam, which had been set for September 5, has been rescheduled till November, according to the law officer.

“Consider giving status quo for this examination and allowing it to proceed, since it will necessitate changes in policy, process, training, and infrastructure,” Ms. Bhati wrote.

The court had granted an interim injunction on August 18 permitting women to sit the NDA exam, which was slated for September 5.

The court had also questioned whether “co-education” in the Armed Forces was an issue.

Even after the Supreme Court had ordered a permanent commission for women in the Army, the court had verbally noted that it was "absurd" that women were not permitted to take the NDA exam.

The Supreme Court affirmed the permanent commission for female officers on February 17, 2020.

The government's claim that women are physiologically weaker than men was dismissed by the court as a "sex stereotype," and the court declared that Short Service Commission (SSC) women officers were eligible for permanent commissions and command positions in the Army regardless of their years of service.

“Indian Army women commanders have brought laurels to the military... Their record of service to the country is unblemished. Casting doubt on their skills because of their gender is an insult not just to their dignity as women, but also to the dignity of all soldiers of the Indian Army, men and women, who serve as equal citizens in a single mission.

In a 54-page ruling in the Army case, Justice Chandrachud stated, "The time has come for a realization that women officers in the Army are not adjuncts to a male-dominated system whose existence must be 'tolerated' within restricted bounds."