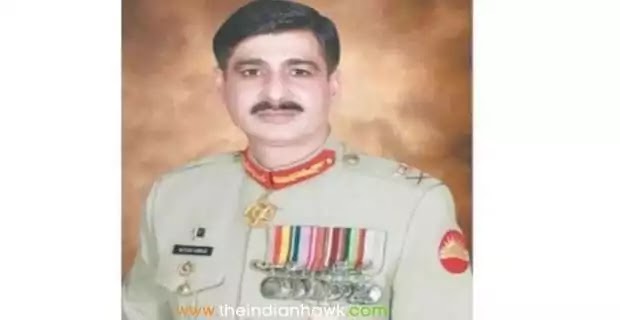 Lt Gen Azhar Abbas, who was responsible for the security of the Line of Control (LoC) with India, has been chosen the next Chief of General Staff, considered the most important job after the army chief, in a significant restructuring in the Pakistan Army.

Gen Abbas, who hails from the Baloch Regiment, succeeds Lt Gen Sahir Shamshad Mirza, who was recently relieved of his duties as commander of the Rawalpindi-based 10 Corps, according to a statement released by the Pakistan Army's media wing Inter-Services Public Relations (ISPR).

The Line of Control is patrolled by the Rawalpindi Corps (LoC)

After the army commander, the Chief of General Staff (CGS) is regarded as the most powerful position inside the army. According to the Dawn News, the CGS is in charge of operational and intelligence affairs at General Headquarters, with the directorates of Military Operations and Military Intelligence coming under his jurisdiction.

Gen Abbas formerly served as the commander of the Quetta Infa­n­try School and as the personal secretary to former army leader Gen Raheel Sharif. He had also commanded a division at Murree and functioned as a brigadier in the Operations Directorate.

The Sindh Regiment is represented by Gen Mirza. According to The Express Tribune, he was named CGS in November 2019 but will now command a corps, something he has never done since achieving the three-star level in 2018.

When army leader General Qamar Javed Bajwa's extended tenure ends in November 2022, he will be among the top three most senior generals. According to the article, he is a possible contender for either chairman of the Joint Chiefs of Staff Committee or the army commander.

According to the ISPR announcement, Lt General Muhammad Chiragh Haider has been appointed as the Commander of the Multan Corps, which is one of the country's key attack corps.

He succeeds Lt General Muhammad Waseem Ashraf, who has been promoted as Director-General of the Joint Staff Headquarters.