Theatre Commands to Be Operational in 2 to 3 years: Officials 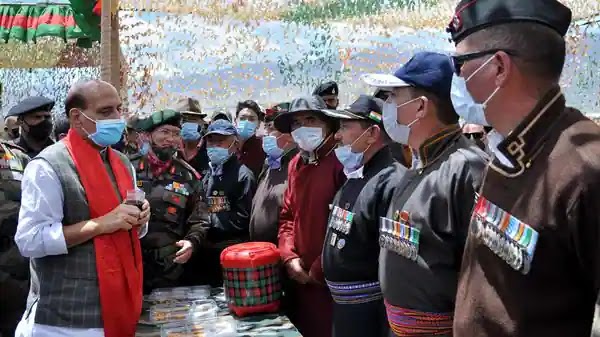 According to those acquainted with the events, the formation of theatre commands to effectively utilize the military's resources may take two to three years, with top commanders from the three services being handed important tasks to finalize the combined arrangements.

“To finalize the organisational structure and other features of theatre commands, the three services have nominated C-in-C ranking officers (senior three-star officers).” In a year, these officers will present a thorough report with their recommendations, following which the formation of theatre commands would begin,” stated a senior official, one of the persons mentioned above.

“After that, the officers will begin raising theatres. It will take two to three years to complete. They're now split between keeping their present C-in-C positions and establishing the basis for building up theatre commands. “We are progressing well,” the source stated.

This implies that the timings have been somewhat revised. According to a February article from HT, India is ready to start the first phase of its long-awaited theaterisation plan, with the Air Defence Command and the Maritime Theatre Command expected to be active by May of this year, albeit it would take two years for the commands to be completely operational. The government is fully supportive of theaterisation.

On Sunday, Defence Minister Rajnath Singh said that talks on the formation of joint commands and their implementation were going well and quickly, indicating that differences between stakeholders on the theaterisation model are being addressed and India is on track to establish theatre commands.

“Everyone wants to comprehend the change and its repercussions whenever there is a change,” the official added.

The government created an eight-member group in June, led by Chief of Defence Staff (CDS) General Bipin Rawat, to fine-tune the theaterisation plans and bring all stakeholders, particularly the Indian Air Force, onboard for a quick rollout of the new joint formations.

According to the source, the Indian military's theaterisation concept, which has been long overdue, would have the flexibility to fall back on present command and control structures to cope with any eventuality during the transition period. Theatre command stabilization may take up to five years, therefore it's important to make sure there's a means to quickly restore to the pre-theaterisation status quo if a crisis arises while the restructuring is in progress.

There are now 17 single-service commands scattered around the country in the armed forces. Each of the Indian Army's and Air Force's commands has seven subordinate commands, while the Indian Navy has three. Creating theatres would entail combining existing commands (except the Udhampur-based Northern Command).

Even as General Rawat revealed specifics of the strategy to attain jointness and brushed away misgivings, Indian Air Force Chief Air Chief Marshal RKS Bhadauria expressed qualms about the theaterisation concept, stressing that it was important to first get the structure correct.

Because of its important importance, the Indian Army's Northern Command is the only single-service command that will remain beyond the purview of the military's theaterisation program. The Northern Command, located in Udhampur, is in charge of protecting the country's northern borders with Pakistan and China, as well as counterterrorism operations in Jammu and Kashmir.