India, a global pioneer in weapon development and one of the world's top five military forces, is continually refining and inventing new weapons and ammunition. The country's development plans for India's Secret Weapons appear to be unaffected by increased threats from both within and outside its boundaries.

Some of the secret weapons that the country is working on are shown in this piece. Read this article to know more 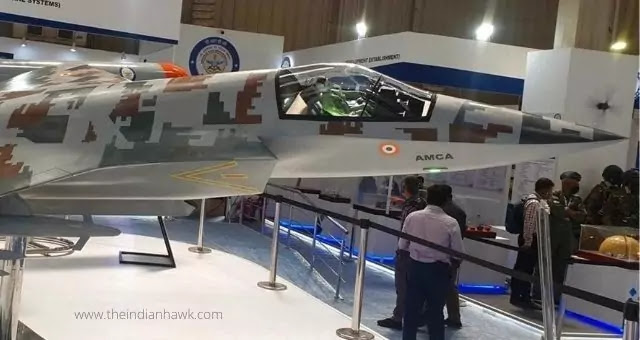 HAL AMCA is a super-maneuverable multirole combat aircraft developed for the air superiority, ground attack, bombing, intercepting, Strike and other types of duties. Its sophisticated avionics, supercruise, stealth, AESA radar, and mobility allow it to outmaneuver and defeat fighters of the previous generation as well as a wide range of land and sea defenses.

It has state of the art technologies, flight surfaces and controls, and two internal armament bays which can each hold four air-to-air missiles. It also comes armed with a 30 mm gun. The HAL AMCA is intended to have a top speed of Mach 2.5 and be able to operate at a height of almost 60,000 feet.

KALI, a top-secret weapon developed by India, will counter any uninvited missiles aimed towards India's peace and sovereignity. KALI stands for Kilo Ampere Linear Injector. The weapon is designed such that it may destroy missiles and aircrafts by soft-kill. The DRDO and the Bhabha Atomic Research Center (BARC) worked together on its creation (BARC). 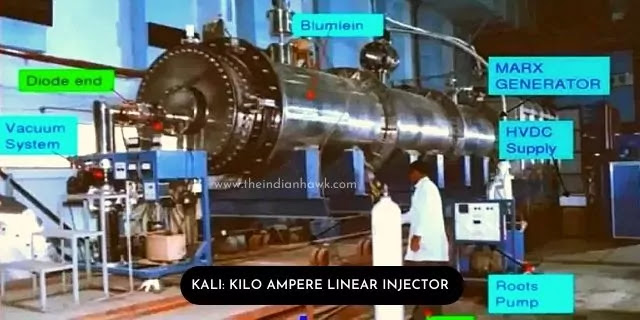 The Kali project was first begun by the then Director of the Bhabha Atomic Research Centre (BARC), Dr. R. Chidambaram in the year 1985

Sukhoi/FGFA was a fifth-generation fighter concept, based on the Russian Sukhoi Su-57. The Indian version would be a two-seater with pilot and co-pilot or weapon systems operator (WSO). In October 2019, the Indian Air Force Chief of Air Staff RKS Bhadauria stated that the country will not be importing stealth fighters like the SU-57, and will instead focus on indigenous efforts like the HAL AMCA. 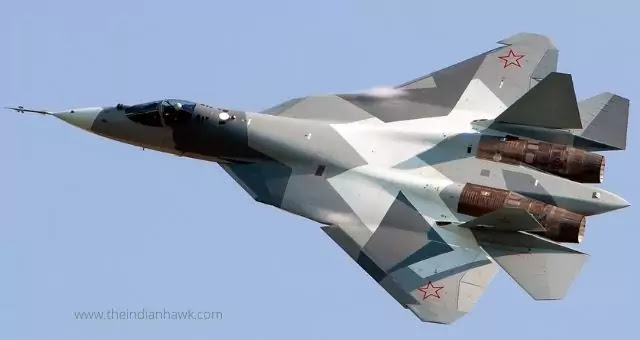 This Fifth Generation Fighter Aircraft (FGFA) or Perspective Multi-role Fighter is being built as a joint venture between Russia and India. It is being designed to compete with the F-22 Raptor and the F-35. It will contain a 30 mm cannon to accompany its multiple missiles. The two-man-crew fighter can travel at a height up to 65,000 feet while achieving speeds of Mach 2.3.

INS Aridhaman Or INS Arighat  is the second nuclear-powered ballistic missile submarine being built by India under the Advanced Technology Vessel (ATV) project. The submarine was quietly launched in 2017 and little has been publicly announced about its capabilities and current status. 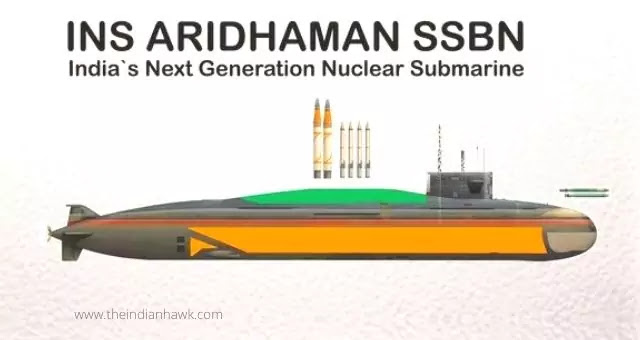 As per reports which were released in early 2021, she was to be commissioned in late 2021 alongside INS Vikrant. The submarine was originally known as INS Aridhaman but was renamed INS Arighat upon its launch.
Also Read: DRDO's Airborne Early Warning and Control System (AEW&C)
It is the second nuclear-powered ballistic missile submarine being built by India under the Advanced Technology Vessel (ATV) project to build nuclear submarines at the Ship Building Centre in Visakhapatnam.

Agni-VI is an Intercontinental Ballistic Missile (ICBM) being developed by the Defence Research and Development Organisation (DRDO). It is reported to be the latest and most advanced variant of the Agni missiles, which is likely to carry up to 10 Multiple Independent Re-entry Vehicles (MIRV) warheads and will have a strike range of 8,000 km to 12,000 km.
The missile is guided using the newest technologies and is predicted to weigh between 55,000 and 70,000 kilos. It is planned to be in service by 2018. 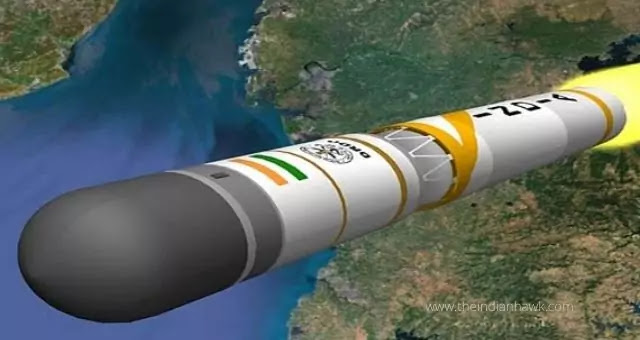 Agni-VI with multiple nuclear warheads, which can reach targets 6,000 km away, is all ready to be built by the Defence Research and Development Organisation (DRDO) . Only in April last, it carried out the maiden launch of Agni-V, which has a range of more than 5,000 kilometres.
So far, all the strategic missiles produced by the DRDO — Agni-I, II, III, IV and V, and the submarine-launched K-15 and its land-based counterpart Shourya — can carry only single nuclear warhead.
The DRDO's tactical missiles and supersonic cruise missile BrahMos can carry one conventional warhead each.

"We have started working on the multiple independently targetable re-entry vehicles [MIRV] version [Agni-VI]. It will carry four or six warheads depending upon their weight," DRDO missile technologists claimed. "

The BrahMos-II is extremely similar to the Zircon. As a winged, anti-ship hypersonic cruise missile, Zircon is a tactical weapon, meant to be carried by frigates of the Russian Navy as well as submarines.
According to reports, the missile's maximum range is 1,000 kilometers, and its top speed is close to Mach 7 during flight (and as has been tested, it can go up to Mach 8). It is also spelt as Tsirkon and known as 3M22 in Russia and as the SS-N-33 by the NATO members. 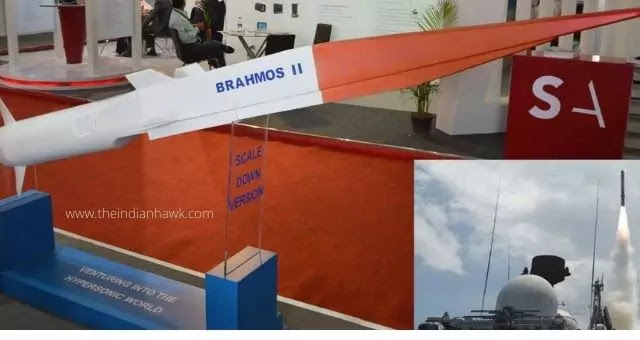 The BrahMos-II is extremely similar to the Zircon. As a winged, anti-ship hypersonic cruise missile, Zircon is a tactical weapon, meant to be carried by frigates of the Russian Navy as well as submarines.
According to reports, the missile's maximum range is 1,000 kilometers, and its top speed is close to Mach 7 during flight (and as has been tested, it can go up to Mach 8). It is also spelt as Tsirkon and known as 3M22 in Russia and as the SS-N-33 by the NATO members.
Also Read: Zen Technologies Eyes New Orders For Drone, Simulator Verticals
BrahMos-II is a hyper-sonic cruise missile currently under cooperative development by Russia and India. It is predicted that it will fly at a speed of Mach 7 and have an operational range of 180 miles. It has the capacity to be fired from ships, submarines, aircraft, and land, and is a flexible missile that will strike rapidly. It will hit with a strong power to destroy hardened and underground targets such as bunkers and storage facilities. A completion date of 2020 has been set for this project.

INS Vishal, also known as Indigenous Aircraft Carrier 2 (IAC-2), is a proposed aircraft carrier for the Indian Navy that will be built by Cochin Shipyard Limited. After the INS Vikrant, it is expected to be India's second aircraft carrier (IAC-1). The suggested design for the second carrier class will be a completely new design, with considerable differences from Vikrant's, such as increased size and displacement. A CATOBAR system based on the Electromagnetic Aircraft Launch System (EMALS) is also being considered. Vishal is a Sanskrit word that means "giant."