India’s second nuclear-powered ballistic submarine (SSBN) is scheduled to be inducted into the Indian Navy later this year. 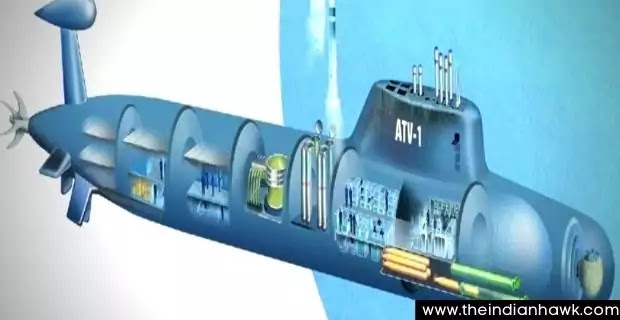 While India’s plan to construct six nuclear-powered attack submarines is the result of decades-long perseverance in the face of ridicule and a lack of funding, Australia remains ideologically constrained.

A recent report stated that India’s second nuclear-powered ballistic submarine (SSBN) is scheduled to be inducted into the Indian Navy later this year. The future INS Arighat will be India’s second SSBN, following the INS Arihant, which was launched in 2009 for sea trials and commissioned in 2016.

Despite the extra-long testing period and some Keystone Cops-like misadventures – it was reported in 2018, for example, that the Arihant’s propulsion compartment was damaged by water which flooded in after a hatch at the rear was left open while moored and, in 2014, a worker was killed during pressure tests on the hull – the Indian Navy appears to have been sufficiently satisfied with its performance as to launch the Arighat, the second boat in the Arihant class, in 2017 and begin sea trials. With the Arighat’s commissioning expected later this year, India’s SSBN programme appears to be underway.

Despite the publicity given to the launch and induction of the Arihant, details about it are scarce. It has a displacement of around 6,000 tonnes and only four missile tubes. That deficiency would indicate that the Arihant is more a technology demonstrator than a vessel that could actually be used for its designed purpose.

In any case, India lacks a proven underwater-launched missile that could be fitted to the Arihant (the K15 Sagarika intermediate-range nuclear-capable missile has been launched from underwater platforms but not, as far as is known, from a submarine) or, for that matter, the Arighat, which shares its physical dimensions and also has four missile tubes.

The two further SSBNs that are to be constructed will have, however, a displacement of 7,000 tonnes and eight missile tubes. Apart from being confident in their ability to build a second SSBN, India’s naval project managers also appear to have the confidence to modify their original design.

More importantly, India’s naval designers now also have the confidence to apply the lessons that they learned from constructing SSBNs to the design and construction of nuclear-powered attack submarines (SSNs). According to yet another newspaper report, India’s Cabinet Committee on Security will likely approve ‘within a month or two’ a project to build three SSNs, with three more to follow after they have been built.

There is little doubt that New Delhi will follow the same pattern in its building of the SSBNs. It will construct three SSNs and apply the lessons learned from that exercise to build the second batch. It is noteworthy that the SSNs will have a displacement greater than the 6,000 tonnes of the Arihant and Arighat. That would imply, at face value, that the SSNs will be potent vessels.

It is not surprising that India has decided to acquire nuclear vessels that will complement its conventionally-powered fleet. It recognises that in addition to the terrestrial threats that emanate from its north and north-west it must now cope, given the rise of the Chinese navy, with a maritime threat as well. It recognises, further, that China’s ability to build SSNs and SSBNs force it to balance those assets with similar assets of its own.

While its French-designed Scorpene-class submarines are undoubtedly quieter than China’s Jin-class SSBNs and Shang-class SSNs, those vessels can remain at sea far longer than the Scorpenes can, especially if they are able to be re-stocked with food and fresh crews at Gwadar in Pakistan. If India could acquire from Russia, which leased an Akula-class SSN to India, the technology that is required to employ its SSNs to their full potential and thereby supplement the lessons that it has learned building these submarines, its expertise in SSN and SSBN operations, like its nuclear triad and deterrent capacity, would grow enormously.

There are lessons for Australia in this matter. Australia, as a whole, has been bogged down by ideology that is decidedly anti-nuclear. As a previous FDI paper noted, those individuals who decry any suggestion that Canberra should initiate an enquiry into creating a nuclear industry are quick to say that such an industry is illegal in Australia.

It is worthwhile repeating the counter made to that argument in that paper; if the decision to make a nuclear industry illegal in Australia was the result of a political process, political will can revoke that decision.

Given the imperatives of climate change and the need for a reliable source of energy production that is not predicated on burning coal, Australia, with its abundant supply of uranium ore and technological capability, could comparatively easily create a nuclear industry. That would support, in turn, the creation of the SSN fleet that this island nation so badly needs instead of the convoluted and unsuitable solution that has been proposed to counter a growing regional threat.

Australia needs to make hard decisions that will help retain our way of life and the freedoms that we appear to take for granted, and make them soon.