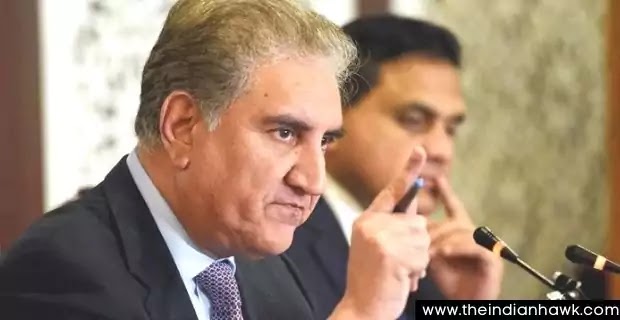 Foreign minister Shah Mehmood Qureshi on Tuesday said in the Senate that Pakistan would not provide its military bases to the United States for future counter-terrorism operations in Afghanistan and also not allow drone attacks inside Pakistan.

The foreign minister also rejected as unfounded the reports of providing the US, bases in Pakistan, making it clear that Prime Minister Imran Khan would never provide its bases to the US, nor would allow drone attacks inside Pakistan, reported The News International.

"I want to assure the House that Pakistan is in safe hands," he remarked.

The remarks came after a Pentagon official said that Pakistan had allowed the US military to use its airspace and given ground access so that it could support its presence in Afghanistan.

Responding to the concerns of a senator, the Qureshi said, "Because what we were fearing and we still fear and are concerned that a vacuum created in Afghanistan can drag or suck the country back into the decade of 1990s".Qureshi contended that as the US planned to withdraw its remaining troops from Afghanistan by September 11, Pakistan would continue playing its role for advancement of the peace process in that country, reported The News International.

Also Read: The Question Remains - Was It Meant To Be a Bio-Weapon?

Mian Raza Rabbani, ex-chairman Senate, also said that Pakistan should not allow the United States the use of its air and ground facilities for action in Afghanistan and an international mechanism be thrashed out to prevent such circumstances from happening again.

Meanwhile, diplomatic sources in Washington told Dawn that Pakistan had always allowed overflights and ground access to the US to facilitate its military presence in Afghanistan and would continue to do so.