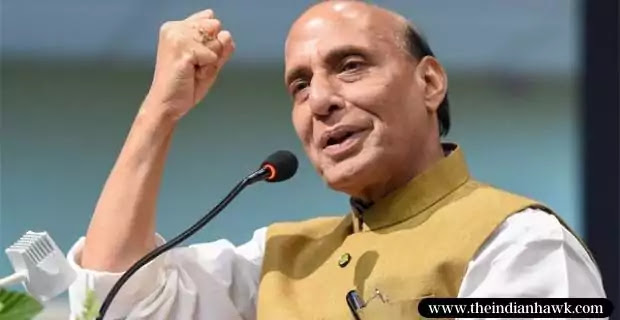 On Thursday, the Indian Air Force got its first MRSAM (Medium Range Surface to Air Missile) system. The missile system can kill aeroplanes at a range of 110 kilometres and can simultaneously unleash 24 missiles against 16 targets.

The system was co-developed by India's Defence Research and Development Organization (DRDO) and Israel Aerospace Industries in accordance with the slogan of "Make in India," which aims to achieve self-sufficiency in defence manufacture.

The induction takes place at a time when Indian forces are trying to improve their capabilities in unconventional warfare, which includes drone usage.

The first of 18 firing units to be handed over to the Indian Air Force has arrived.

The system, which is equipped with Israel's Barak missile, is supersonic, meaning it can move faster than the speed of sound. It's made to intercept things like planes, missiles, and other weapons.

Because the system may be moved in a short amount of time, it is difficult for the enemy to detect it on the ground. 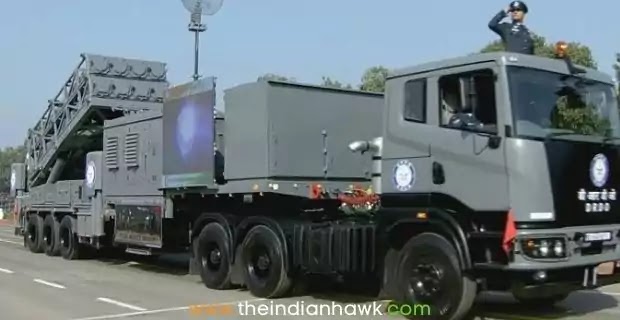 For great manoeuvrability during the terminal phase, the missile is powered by an indigenously built rocket motor and control system.

In addition, the missile system has a fast response time against both classic and sophisticated threats that may cover a broad region.

In the presence of Union Defence Minister Rajnath Singh, Secretary, Department of Defence R&D and Chairman, DRDO G Satheesh Reddy handed over the system to Chief of Air Staff RKS Bhadauria during an induction ceremony in Jaisalmer on Thursday. 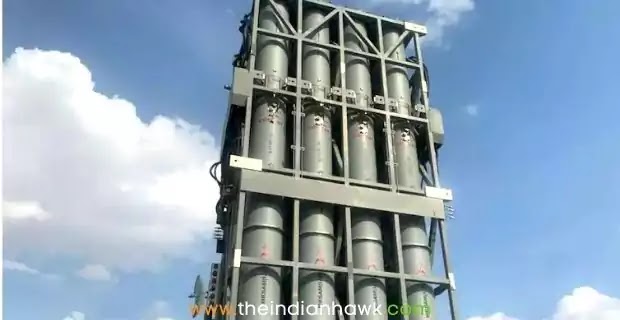 “I am confident that in the future, not only will our defence industry be self-sufficient, but it will also serve as a global hub for defence production. This is one of the programs that will help you get there.

We have made a big step towards fulfilling our Prime Minister Narendra Modi's goal of "Aatmanirbhar Bharat" by handing over the MRSAM system to the Indian Air Force. Rajnath Singh stated, "It will prove to be a game-changer in the air-defence system."

As part of the On-Site Acceptance Test, DRDO and IAI officials showed the capabilities of the MRSAM system (OSAT). 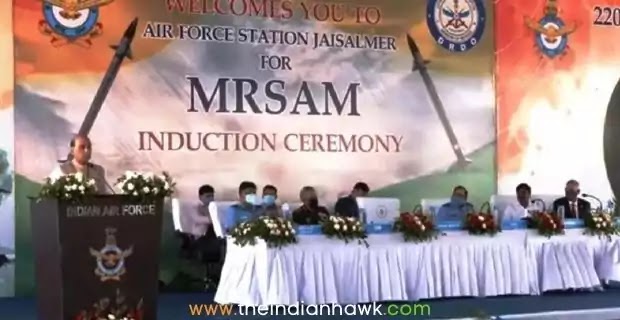 The Indian Navy had already acquired a different version of the MRSAM, and the Indian Army's requirements are now likely to be accelerated as well.

“The project was delayed, but it was possible to address all difficulties. The next MRSAM project for the army would also be accelerated, according to DRDO Chairman Dr G Sateesh Reddy.

Rajnath Singh paid tribute to former President Dr APJ Abdul Kalam on the occasion, calling him a hero "visionary who opened the path for self-reliance in the defence industry, particularly in missile development.

"Dr Kalam started the Integrated Missile Development Programme some 30 years ago, at a time when scientists were confronting numerous technological limitations. Despite this, the program's success not only secured missile development independence but also eliminated the prospect of a cross-border threat" said Rajnath Singh. 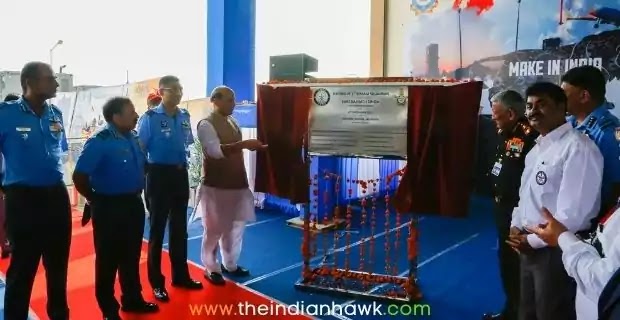 According to Boaz Levy, president of Israel Aerospace Industries, this is the outcome of excellent collaboration between India and Israel.

The Invincibles, a 2204 squadron stationed in Jaisalmer, will get the new system. It was revived in 2015 under the name MRSAM in a new guise.

On October 3, 1975, the squadron was established in Bhatinda and armed with the Surface-to-Air Missile ‘Pechora.' In 1993, it was moved to Pune before being revived in 2015.