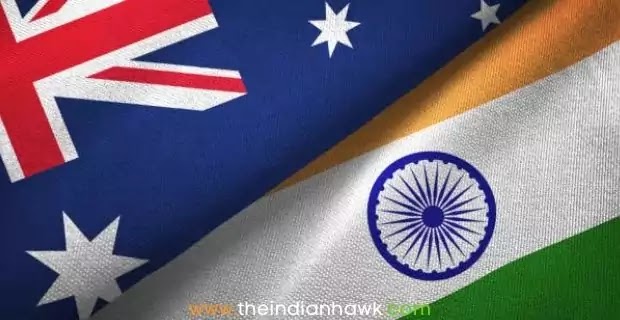 The first-ever 2+2 ministerial conversation between India and Australia is slated to take place in New Delhi on Saturday. Peter Dutton, the country's defence minister, and Marise Payne, the country's foreign minister, have already arrived in the capital, where they will meet with their Indian counterparts, Rajnath Singh, the defense minister, and S Jaishankar, the external affairs minister, this morning.

In the afternoon, the Australian ministers will pay a visit to Prime Minister Narendra Modi at his 7, Lok Kalyan Marg residence.

The Afghanistan problem, along with other significant security concerns like as China's role in the area and the situation in the East and South China Seas, is expected to top the agenda of the India-Australia 2+2 meeting.

Australian Foreign Minister Marise Payne will meet Minister of External Affairs Dr S Jaishankar at the Hyderabad House in New Delhi at 10:30 a.m., according to a provisional itinerary made available to the media. She'll be laying a wreath at the National War Memorial before that.

Payne stated that India and Australia are working on a "early harvest" trade pact that would provide the groundwork for a broader economic cooperation agreement while speaking at an event organized by the Observer Research Foundation (ORF) on Friday.

“These first 2+2 conversations are a cornerstone of Australia and India's comprehensive strategic alliance, which is built on a shared commitment to a safe, stable, and prosperous Indo-Pacific region,” she said.

In about 4:30 p.m., Australia's foreign minister and defence minister will meet Prime Minister Modi at his New Delhi residence.

The 2+2 conversation is the result of a resolution taken during a virtual summit between India and Australia in June 2020 to upgrade bilateral relations to a comprehensive strategic partnership.

Both India and Australia acknowledge that their diplomatic connections are at an all-time high right now. The 2+2 discussion with Australia, according to an Indian official acquainted with the proceedings, demonstrates the “transformation in relations over the previous several years.”

Australia's envoy, Barry O'Farrell, said earlier this week that the meeting will assist enhance the connection between the two "dependable and trustworthy allies" who are already cooperating closely on strategic matters bilaterally and in venues like the Quadrilateral Security Dialogue.