DRDO will build six new Airborne Early Warning and Control Systems (AEW&C) for Indian Air Force to strengthen the Indian Air Force's surveillance capabilities along the tense frontiers with China and Pakistan, in a huge boost for the domestic defence sector.

Previously, the DRDO intended to construct six Airborne Warning and Control Systems (AWACS) for Airbus 330 aircraft, with some facilities being built in Bengaluru.

1- According to government sources, the AEW&C Block 2 aircraft would be constructed as part of a project for Rs. 10,500 crores.

2- Six aircraft will be purchased from the national carrier, Air India, as part of this initiative.

3- After modification, the aircraft will be equipped with a radar that will provide the defence forces with 360-degree surveillance capabilities. 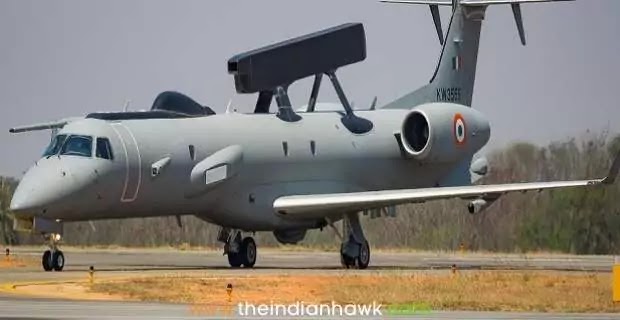 5- The six new planes would be shipped to a European destination where the original equipment maker would modify them for the Radar installation.

According to reports, India's choice to build the AEW&C system on current Air India aircraft indicates that the country may abandon its plan to purchase six Airbus 330 cargo planes from the European business.

According to the Defense Research and Development Organization (DRDO), the Airborne Early Warning and Control System (AEW&C) is a system for detecting and monitoring enemies or hostile.

AEW&C is completely net-centric, with full command and control features to send and receive data from the ground via various data lines, then integrate and fuse it on board to provide the operators with a composite view of the environment.

As a command centre, it allows onboard operators to efficiently select, direct, and steer selected interceptor aircraft towards and destroy hostile threats.