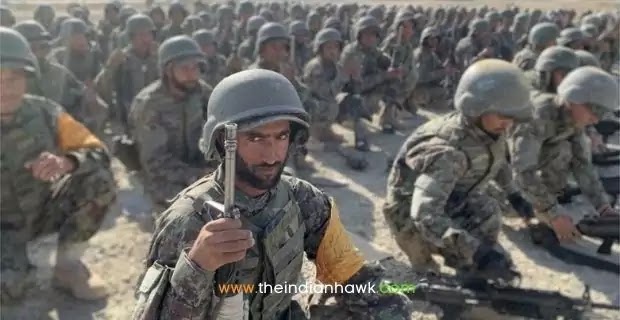 Defence News India Latest: Around 180 Afghan troops and cadets are being taught at several military schools in the country, and after completing their training here, India would issue them a six-month e-visa.

Around 140 Afghan troops and cadets, on the other hand, have sought for visas to western nations such as Canada, England, and Germany.

"All Afghan cadets and troops undergoing training in our institutions will be issued six-month e-visas. They have the choice of selecting how they want to go with their future at this time "ANI obtained information from government sources.

Around 140 of them have filed for asylum in various nations, the most of which are in the west, such as Canada and Europe. Many of them also want to stay in India, and they've been placed in touch with organizations that help Afghans currently residing there, according to them.

The future of these cadets has become uncertain as the Taliban tightens its grip on Afghan territory.

Around 180 of these cadets will be able to finish their various studies in the military academies of India's defense services. As part of a capacity-building initiative, Indian defense personnel have been training Afghan soldiers.

Around 180 Afghan military personnel are undergoing training at various institutions, with the majority of them attending the Indian Military Academy (IMA) in Dehradun, the Officers' Training Academy (OTA) in Chennai, and the National Defence Academy (NDA) in Khadakwasla, Pune.

According to defence officials, India covered the training and other costs of these officers and cadets as part of its nation-building efforts in Afghanistan after 2001. Because their army has already surrendered and the Taliban have taken power, the future of these trainees and officers is unknown.