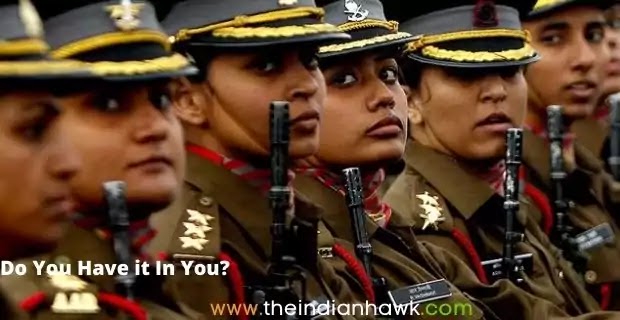 The central government told the Supreme Court on Tuesday that the necessary infrastructure for allowing women to join the armed forces through the National Defence Academy, such as "separate accommodation with robust physical separation between the male and female residential areas" and "bathrooms," will not be ready until May 2022, effectively delaying their entry until then.

According to a supplemental affidavit submitted by the ministry of defence, a notice for women's admission into the armed services through the NDA will only be issued by that date.

Until the outcome of the Kush Kalra case, a top court bench led by Justice Sanjay Kishan Kaul had urged the central government to allow women to take the NDA exam this year.

The administration has agreed in principle but is delaying implementation this year due to a lack of infrastructure required for the transition.

The defence ministry stated in a new document filed with the court that it was dedicated to executing the court's judgment by May 2022 because "deliberate planning and thorough preparation is required for smooth and seamless training of such women candidates."

According to the administration, the procedure would be preceded by a review of the NDA's female intake strength based on fiscal and administrative factors.

Criteria for evaluating physical strength and other abilities would also need to be established since any lowering of standards would "adversely influence the armed forces' war worthiness."

According to previous comments and experience, the armed services would also need to build infrastructure to allow women to enter through the NDA. Separate restrooms and cabins are among them, as is housing with a "strong boundary between the male and female residential spaces," according to the administration.

Existing restrooms and sanitation facilities will not meet the standards and will require "reconstruction/modification to preserve privacy."

During training, the government must also provide security and privacy. "Physical segregation of living quarters" and "additional physical and electronic surveillance measures" are among them.

In addition, gynaecologists, female orderlies, female duty officers, and female instructors will be required to work at the Khadakvasla military hospital.

According to the government, the military forces have formed a research committee comprised of specialists to develop a complete curriculum for female cadets at the NDA.

According to the declaration, a board of officers has also been established to present a comprehensive and forward-thinking plan for the training of female cadets at the NDA.

The government said that all of this would take a fair amount of time and that the NDA would delay the admission of women into the armed services back to May 2022.