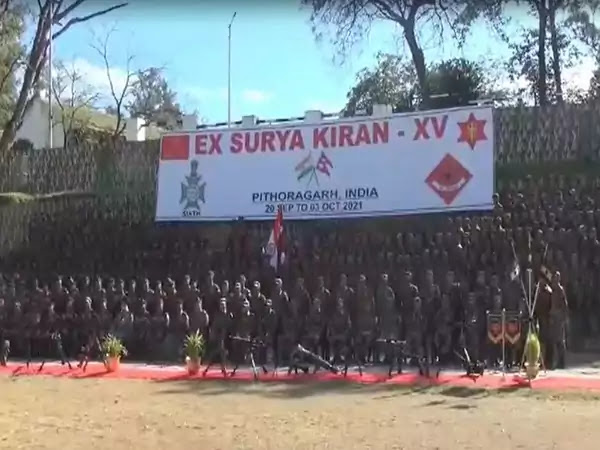 'Surya-Kiran 15': On Monday, India and Nepal launched a 14-day joint military exercise called "Surya-Kiran 15" in the border area of Pithoragarh.

Over 650 troops from both nations met at the Army's Friendship Ground here today.

The major goal of the 15th joint military exercise between India and Nepal is for soldiers from both nations to develop military contacts in inaccessible mountainous areas, offer humanitarian aid under crisis management, and get training in anti-terrorist operations.

"Every year, a battalion exercise is held. It is conducted in Nepal one year and in India the next. It's a training exercise in which the two countries will build military ties. This exercise will be conducted to offer counter-terrorism training as well as humanitarian aid and medical evacuation under disaster management ", LT General S S Mahal, VSM.