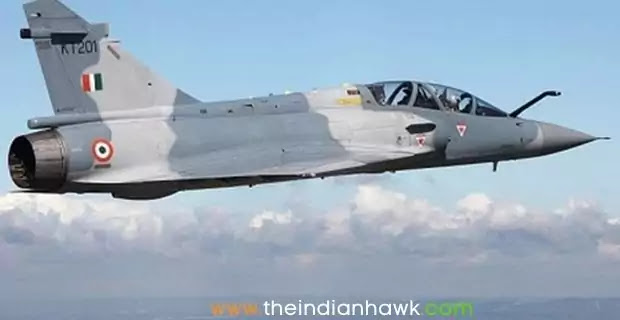 The Indian Air Force (IAF) is proposing to buy 24 second-hand Dassault Aviation Mirage 2000 jets to supplement its ageing fleet of fourth-generation fighters and obtain spare parts for its two current squadrons, according to persons familiar with the subject who spoke on the condition of anonymity.
According to the persons stated above, the IAF has signed a deal for 27 million euros to acquire the aircraft, eight of which are in ready-to-fly condition. This equates to a 1.125 million euro acquisition cost per aircraft. According to the sources stated above, the plane would be delivered to India in containers soon.
The IAF's 35-year-old Mirage fleet, which performed well during the 2019 Balakot operation, is receiving a mid-life refurbishment, according to the sources, with the imminent requirement for 300 essential parts driving the purchase. According to them, the plane is becoming obsolete in France, therefore IAF head Air Chief Marshal RKS Bhaduaria chose to buy it.
13 of the 24 fighters are entire, with engine and airframe intact, and eight of them (almost half a squadron) are ready to fly following maintenance.
The remaining 11 planes are only half completed, lacking fuel tanks and ejection seats, which will be scavenged for components for the IAF's two current fighter squadrons.
In 1985, the IAF purchased 50 fourth-generation Mirage 2000 C and B aircraft with a maintenance contract that terminated in 2005. In 2015-2016, it renewed its relationship with the French original equipment manufacturer.
The purchase emphasizes the necessity of relocating spare parts and engine supply chains to India for future purchases since fighters in other countries reach obsolescence far faster than in India.
The Mirage 2000 was India's front-line fighter until the Narendra Modi administration decided to purchase the 4.5 generation Rafale jets (also from Dassault), a position it has maintained since the Kargil conflict. According to the sources quoted above, the new Aatmanirbhar Bharat campaign should guarantee that original equipment and parts are now made in India so that there is no lack of supplies till the fighter is retired.