"Samudra Shakti": Indian naval ships Shivalik and Kadmatt landed in Jakarta, Indonesia, for the third edition of the bilateral exercise. 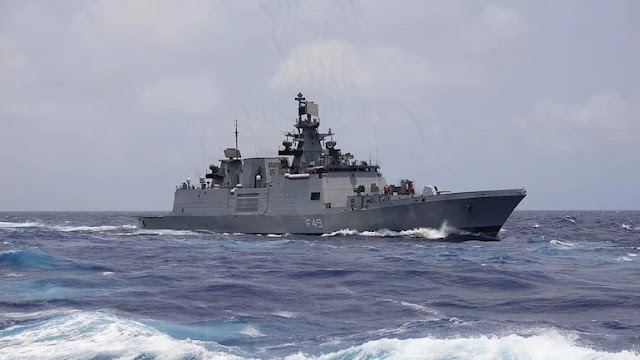 On September 18, Indian naval ships Shivalik and Kadmatt landed in Jakarta, Indonesia, for the third edition of the bilateral exercise "Samudra Shakti" with the Indonesian Navy. According to the Indian Navy, the maritime exercise would take place from September 20 to 22.

“The participating Indian Navy ships Shivalik and Kadmatt are among the latest indigenously designed and built multi-role Guided Missile Stealth Frigate and Anti-Submarine Corvettes, respectively, and are part of the Indian Navy's Eastern Fleet, based at Visakhapatnam, under the Eastern Naval Command,” the navy said in a statement.

The exercise seeks to deepen bilateral ties, improve mutual understanding, and increase interoperability in maritime operations between the two fleets, according to the release.