INS Vikramaditya is a modernized Kiev-class aircraft carrier and the Indian Navy's flagship. It entered service in 2013 and is translated from Hindi as Valour (Vikram) of the Sun (Aditya).

The INS Vikramaditya was commissioned on November 16, 2013, in Severodvinsk, Russia. The then Indian Prime Minister formally entered INS Vikramaditya into the Indian Navy on June 14, 2014, and dedicated her to the country.

The MiG-29K carrier-borne fighters, ten Kamakov Ka-31 AWEC helicopters, and the anti-submarine Ka-28 are all aboard this beast.

Our very own INS Vikrant is now completing sea testing and is slated to enter service in May-August 2022, with aircraft trials starting in mid-2023.

Also, Read INS Vikramaditya: Everything you Need to Know About Warship.

The Indian Navy's most significant short take-off but assisted recovery (STOBAR) aircraft carrier and warship, the INS Vikramaditya, was converted from the Russian Navy's decommissioned Admiral Gorshkov VTOL missile cruiser carrier.
New engine systems, hull sections, sensors, and the flight deck were installed when the vessel was rebuilt. In May 2014, it went into service with a full complement of MiG-29 aircraft. 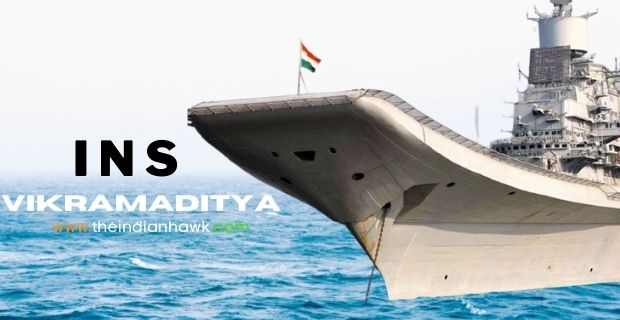 The carrier, initially called Baku and was launched in the early 1980s, served the Soviet Navy from 1987 until 1991.
However, the vessel's value in the East European bloc did not continue beyond the early 1990s due to the breakup of the Soviet Socialist Republic. Operating the ship on a post-Cold War budget proved prohibitively expensive.
Also Read: Minor Fire Onboard Aircraft Carrier INS Vikramaditya
After four years in the Russian Navy as an Admiral Gorshkov-class carrier, the vessel was decommissioned in 1996. Since then, India's government has been talking with Russia to buy Admiral Gorshkov.
In addition, in 2004, India and Russia reached a significant naval agreement that included the aircraft carrier becoming part of the Indian Navy.
Other Defence News Headlines: