Media appearances of Gen Bipin Rawat, both as COAS and CDS, have left an avoidable trail of faux pas and opinions that have made useless controversies 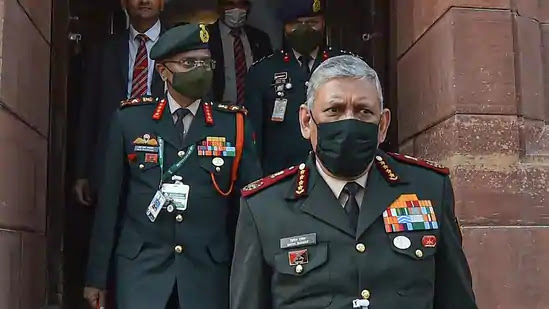 On 15 September, the Chief of Defence Staff General Bipin Rawat posed a question before a gathering of Delhi’s strategic community. He asked them, rhetorically, whether China’s growing engagement with Iran, Turkey, and Afghanistan would lead to the rebooting of the ‘Clash of Civilisations’ theory with the Chinese and Islamic civilisations joining against the Western world?

The query raised by the CDS was part of intellectual discourse and not, by any standards, a policy statement. But the media reported it as such and ended up seeding a controversy during a sensitive phase in China-India relations.

A day later, Foreign Minister S. Jaishankar chose to clarify the doubt before his Chinese counterpart Wang Yi during a meeting on the sidelines of the Shanghai Cooperation Organisation in Dushanbe: “India had never subscribed to any clash of civilisations theory”. But the CDS, who is no stranger to controversies, again found himself at the receiving end. The episode raises questions about civil-military-media relations that need scrutiny.

The foreign minister’s clarification seems to indicate dissonance among the civil-military components of the government. The ground for dissonance was laid by the media that projected the CDS’ intellectual query as a policy statement. The Ministry of External Affairs (MEA), without due diligence, seemed to have blindly swallowed the media narrative. Worse, they may have seen it as an opportunity to score brownie points against China just before a high-level diplomatic interaction, at a time when relations are frayed and in need of repair.

The MEA contradicting the distorted context of the CDS’ remarks was certainly deliberate and may be viewed as deft diplomacy applied to further national interests. There is still the question of whether the CDS, who wears several heavy hats, should make public statements that impinge on India’s foreign relations?

National policy level statements could, under exceptional circumstances, emanate from any of the many heavy hats the CDS dons. But in our democracy, it will always be institutionally derived. Gen Rawat’s query was not a policy statement.

It emerged from an individual discourse probing the contours of global geopolitics. But to borrow a theory that stems from an American imagination and publicly clubs the Islamic civilisation as one entity with the Chinese is politically fraught in a world that the CDS himself described as being in “turmoil”.

The CDS should avoid making public statements that could, in any manner, adversely impact India’s foreign relations. And the only way to minimise such occurrences is by keeping away from the media and public relations exercises.

The CDS and all military leaders must eschew the projection of personality through the media. They are better felt or seen and not heard; their appearance in the media should ideally be restricted to some special or ceremonial occasions.

The media appearances of Gen Bipin Rawat, both as COAS and CDS, have left an avoidable trail of faux pas and opinions that have generated needless controversies. The media, especially for India’s military, will remain a double-edged sword. The digital world is unwieldy, unforgiving and easily amenable to distorting reality. As a policy, let the media spokesperson, who is now part of most military structures, do the talking and try their best to navigate the media minefield.

Some military leaders appear to be infected by the growing trend of image projection that is pertinent to the civilian domain, primarily in the realm of politics. The military does not have to go to great lengths to show off its achievements. Let the accomplishments do the talking, let not the pursuit of credit be the driver of media interaction.

Admittedly, in internal security engagements vis-a-vis Jammu and Kashmir and the northeast, the policy for media engagement must necessarily be shaped to counter the adversary’s efforts to paint the Indian armed forces as ruthless killers and an enemy of the populace acting as sycophants to New Delhi.

The recent use of fake tweets through a bogus Twitter handle of the Srinagar-based 15 Corps is revealing. A screenshot masquerading as the Twitter handle @chinarcorpsIA was circulating on WhatsApp on Prime Minister Narendra Modi’s birthday – “True Leadership is not about a Title or Designation, It’s all about Impact, Influence & Inspiration. #ChinarCorps extends heartiest birthday greetings to Hon’ble PM @narendramodi.

We pray for your long, healthy & happy life full of zest and zeal. #HappybdayModiji.” Unfortunately, the tweet wasn’t disowned by the Chinar Corps or the ADGPI. It seemed to find unhindered publicity, attempting to portray a very distinguished and professional 15 Corps Commander as a sycophant. The military’s media organisations need repair.

An upright military leadership never claims personal credit. Instead, when the mission is accomplished, it makes the rank and file feel that they did it themselves. But some ambitious military leaders have jettisoned such niceties to pursue their personal goals of professional advancement.

It is a trend that must be arrested and there is no better way to do it than through personal example — it must start with the CDS who is India’s apex military leader, ThePrint Reports.