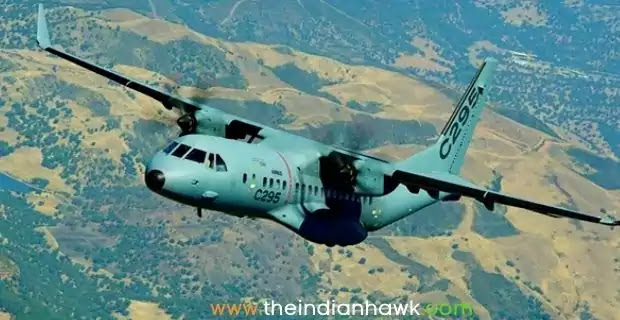 In the biggest defence deal given to the private sector yet, the defence ministry inked a Rs 22,000 crore contract with Tata – Airbus to manufacture military transport aircraft. The deal for 56 of the C295 aircraft has been in the making for nine years.

Rs 22,000 crore contract placed on Airbus Defence and Space, Spain for acquisition of the C 295MW transport aircraft. 14 of the aircraft will be built in Spain while the remaining 40 are to be made by Tata under a partnership in India. All the deliveries will be completed within ten year and the aircraft would have an indigenous Electronic Warfare Suite.

What does it mean for Make in India

Tata, which has taken the first step towards becoming an aviation manufacturing giant in the future, says it is the deepest Make in India project yet with the private sector, with aluminium blocks going in at one of the facility and a flight worthy aircraft emerging from the other end. Will create alternate aerospace capabilities with the private sector. Major components like engines will still be imported but manufacturing and assembly and integration technology to be transferred

Stretched over a 10 year period, the program will create 15,000 skilled direct jobs and in addition will lead to 10,000 indirect jobs as well, according to Airbus. The jobs will be at all levels, from welders on the production line to top line engineers and managers needed to handle a multi billion dollar aerospace project.

Tata says that over 100 locations have been scrutinised over the past few years to decide on a site for the manufacturing plant but the decision is yet to be taken. The plant, which will generate thousands of jobs, could come up in Uttar Pradesh as well which has a large defence corridor as well as a number of airports – new and upcoming – that are essential for the factory. Gujarat, Bengaluru and Hyderabad are also under consideration.

The transport aircraft is in the 5-10 tonne capacity and will replace the ageing Avro transport aircraft of IAF. Capable of operating from semi-prepared strips, it has a rear ramp door for quick reaction and para dropping of troops & cargo. Officials say it will give a major boost to tactical airlift capability especially in the Northern and North-Eastern sector and Andaman & Nicobar Islands.

While there is a significant export market for the aircraft that can be offered in a variety of roles, Airbus says the priority right now is to complete the order for the Indian Air Force. The original manufacturing line for the C 295 in Spain will also remain operational. Tata is confident that it will gain major manufacturing expertise within five years.

If South Korea Lifts ‘Hostility’ We Are Ready to Talk: Kim Yo Jong