People even in cities and towns are struggling to fight Coronavirus cases in the second wave of the pandemic, then for Maoists in jungle is difficult 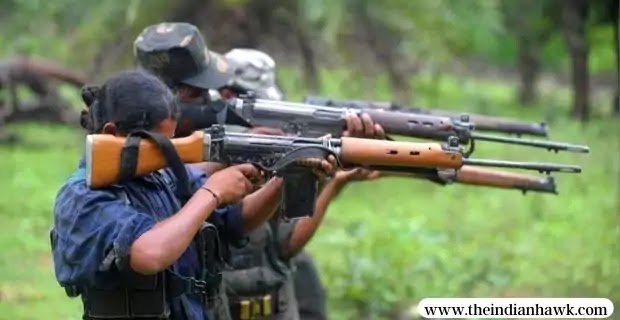 Even as people in cities, towns and villages in the country are struggling to fight Coronavirus cases in the second wave of the pandemic, those who live in forests, remote areas, tribal hamlets are no exception to the virus extent. While the governments inflict a lockdown to contain virus spread and able to see a dip in cases and fatalities, the virus spreading in thick forests is a cause of concern.

As it came to light that some of the top Maoists and cadre are caught in the web of Covid spread and trying to get vaccinated and take medicines, the State governments and officials are pleading to them to join mainstream to get treatment.

As several Maoists and the cadre got Covid-19 and unearthing ways and means to get treatment and vaccination, the governments in Naxal infested States are reportedly asking them to come out to take immediate treatment.

In May third week, the Maoists who joined thousands of local people in protests against police camps in Siliger village of the Bijapur district got infected with the virus. Cadres and top leaders of Maoists got infected.

Though initially opposed the vaccination or treatment, top Maoist leaders now seeking to get them through courier service from the village. But some Maoists unhappy with the top leaders for denying permission to get medicines and treatment for Covid.

Now, the cases see a rise in the forests and several falling victims to the virus, the top Maoists are vouching for immediate measures to get treatment and medicines.

Police got information that at some places, the Maoists turning to villages and common people and getting vaccinated and taking medicines.

The Maoists also made arrangements through courier and other possible means to get vaccines and medicines to protect the cadre from the virus. This was revealed by top police officials followed by the arrest of Maoist leader Gaddam Madhukar who breathed his last at the Osmania General Hospital OGH in the city.

Police caught him at Warangal when he was coming from Chattisgarh to get the treatment.

Maoists who take shelter in the forest areas in Telangana, Andhra Pradesh, Odisha, Chattisgarh and Maharashtra are trying to tide over corona problems.

The Maoists rarely come to villages for shelter from the woods and face the police leading to fighting and chaos in remote villages in the forest area.

However, efforts being made by the government to bring the Maoists into the mainstream.

Warangal Police Commissioner Tharun Joshi said that they are ready to offer treatment if the Maoists come out.

It is to be seen how the Maoists will fight the Covid problems and become free from the virus.

According to the information Madhukar, alias Mohan, was arrested in Warangal while coming to take treatment for Covid-19 on June 2 and shifted to the Mattewada jail.

On the judicial remand, the Warangal police sent Madhukar to the Cherlapally Central Jail in the city on June 3. When he was unwell with diarrhoea and suffering from high blood pressure, the police shifted the Maoist leader to OGH for better treatment. However, on a complaint by the jail authorities, Kushaiguda police have filed a case of suspicious death and investigating the case.

Later for final rites, the body was sent to his native place of Kondapalli of Penchikalpet Mandal in Kumram Bhim Asifabad district.

The police who caught him while checking at Mulugu road in the urban Warangal district came to know in an investigation that 12 top Maoist leaders are also facing Corona and making efforts to get treatment and medicines in possible ways. He revealed to the police that several Maoist leaders in Dandakaranya are facing the Corona problem.

Madhukar was working as a communications head and special zonal Committee Secretary in Dandakaranya of the Maoists.

About 22 years ago, he joined the Naxal movement and breathed his last at the OGH. The family members expressed grief at the death of Madhukar who came out of the Maoist movement after 22 years.

Warangal top cop Tharun Joshi said that they will provide treatment to the Maoists if they come out and surrender.