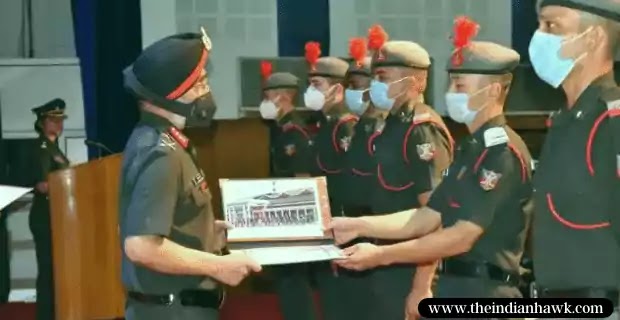 IMA POP 2021: The Gentleman Cadets, who are going to become Army officers on June 12 from the Indian Military Academy (IMA), were rewarded for their expertise on Wednesday. The award ceremonies of passing out courses 148 regular and 131 TGC courses in IMA were held at Chhetrapal Auditorium. Various medals, trophies and certificates were given to the cadets. The Commandant of the Academy, Lt Gen Harinder Singh, gave to the future officers the basic mantra of protecting the country's pride and honour.

The Commandant said that the country expects promptness, perseverance and loyalty from every young officer. He said that it is essential for an officer to maintain a competitive spirit with fairness and sportsmanship.

The Commandant said that there should always be a strong desire to win and excel as a team. War is fought with collective effort and team spirit. Foreign cadets were honoured for individual excellence in the award ceremony. On the lines of Indian cadets, they were also rewarded for their ability in training.