External affairs minister S Jaishankar met the Qatari National Security Adviser during a stopover in Doha while on his way to Kuwait. 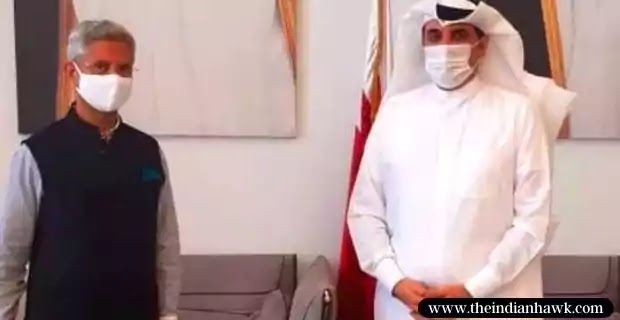 External affairs minister S Jaishankar met the Qatari National Security Adviser during a stopover in Doha while on his way to Kuwait on Wednesday, with the meeting coming against the backdrop of separate interactions in Qatar involving US special envoy Zalmay Khalilzad and Taliban negotiators.

There was no prior announcement about the foreign minister’s transit halt in Qatar, which has played a crucial role in US-Taliban negotiations in recent years, and no official word from both countries on the meeting between Jaishankar and NSA Mohamed Bin Ahmed Al Mesned.

The only details about the meeting emerged in a tweet from Jaishankar: “A pleasure to meet Qatari NSA Mohamed Bin Ahmed Al Mesned. Appreciate his insights on developments in the region and beyond. Thanked him for the support and solidarity in India’s fight against Covid.”

Jaishankar embarked on a three-day visit to Kuwait on Wednesday, carrying a message from Prime Minister Narendra Modi for emir Sheikh Nawaf al-Ahmad al-Sabah on ways to boost bilateral ties. He is scheduled to travel from Kuwait to Kenya.

Hours after Jaishankar’s stopover in Doha, senior Qatari officials held separate meetings with Khalilzad, the US special representative for Afghanistan reconciliation, and a team of Taliban negotiators.

Khalilzad and a US inter-agency delegation, including the National Security Council, department of defence and USAID, began a visit to Afghanistan, Qatar and the region on June 4 to give a boost to the stalled Afghan peace process amid the rapid drawdown of American forces in Afghanistan.

The delegation will “underscore enduring US support for Afghanistan’s development and a political settlement that will end the war”, the state department said in a statement ahead of the visit. In Qatar, Khalilzad will “continue to encourage both sides to make tangible progress towards a political settlement that protects the gains of the last two decades”, the statement added.

While in Kuwait, Jaishankar will thank the country’s leadership for supporting India’s response to a second wave of Coronavirus infections by supplying a large quantity of medical oxygen. This is his first visit to Kuwait as a foreign minister and follows a trip to India by his Kuwaiti counterpart Ahmed Nasser Al-Mohammad Al-Sabah in March.

Under an air and sea bridge arrangement, Indian Navy ships have transported 425 tonnes of liquid oxygen from Kuwaiti ports to India. Kuwait has supplied more than 5,000 oxygen cylinders, 66 oxygen concentrators, 11 ventilators and other materials such as medicines, oximeters, masks and gloves to India.

Kuwait is among the largest suppliers of oil for India and also home to nearly 900,000 Indian expatriates.