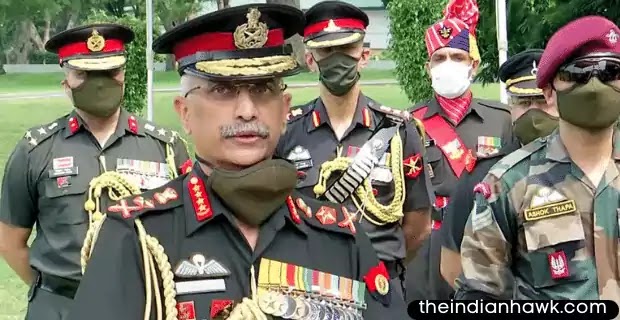 The modernisation of the Indian Army is well on course, Army Chief Gen MM Naravane has said, dismissing apprehensions that the need for devoting more resources to guard the Line of Actual Control in the face of the prolonged standoff with China in eastern Ladakh may starve the force of funds for buying new weapons and platforms.

Emphasising his point, Gen Naravane said that 59 contracts worth Rs 21,000 crore have been concluded since last fiscal while a number of other capital acquisition proposals are in the pipeline.

In an exclusive interview to PTI, he said the modernisation drive in the Army has been going on without facing any difficulty and that required resources are being provided by the government. "The modernisation drive of Indian Army is well on course. Recently 15 contracts worth more than Rs 16,000 crore have been concluded under normal schemes of procurement and 44 contracts worth Rs 5,000 crore have been concluded in 2020-21 under emergency procurements," Gen Naravane said.

"A number of capital acquisition proposals too are underway concurrently," the Chief of Army Staff said. He was replying to a question on whether the much-needed modernisation of the Army has been impacted due to the need for allocation of greater resources to keep a large number of troops for guarding the LAC in eastern Ladakh and elsewhere in the wake of the standoff since last one year.

"We are not facing any difficulty," he said, referring to the modernisation drive. In February, the government allocated Rs Rs 4.78 lakh crore for the defence budget for 2021-22. Out of the total allocation, Rs 1,35,060 crore was set aside for capital expenditure that includes purchasing new weapons, aircraft, warships and other military hardware.

The capital outlay for 2021-22 is an increase of 18.75 percent compared to last year's allocation of Rs 1,13,734 crore. In the last few years, military experts have been pitching for rapid modernisation of the Indian armed forces to effectively deal with China's increasing assertiveness.

Also Read: 2030: These 5 Nations Will Have the Most Dominate Warships

It has been more than a year since the military standoff between the two sides erupted in eastern Ladakh on May 5 during which there were fatalities on both sides for the first time in 45 years. They have made limited progress in achieving disengagement at the Pangong lake area while negotiations for similar steps at other points remained deadlocked.

Gen Naravane said that the Indian Army is currently holding onto all important areas in the high-altitude region and it has adequate personnel in the form of "reserves" to react to any contingencies. Each side currently has around 50,000 to 60,000 troops along the LAC in the sensitive sector.

The ties between the two countries came under severe strain after the deadly clashes at the Galwan valley following which both sides rushed in thousands of additional troops as well as battle tanks and other large weapons to the region. Nine months after the military standoff at multiple friction points, both sides completed the withdrawal of troops and weapons from the North and South banks of the Pangong lake in February as part of an agreement reached following a series of military and diplomatic talks.