2030: These 5 Nations Will Have the Most Dominate Warships 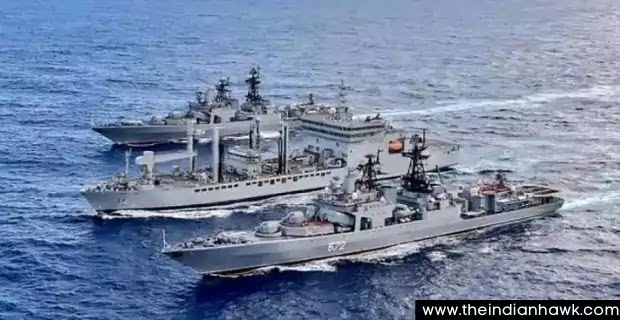 Here’s What You Need to Remember: The most powerful navies in 2030 will be a reflection of the broader state of the world. Some countries are invested in preserving the current international order and see naval power as a means to maintain it. Other emerging countries are building navies commensurate with their newfound sense of status, often with an eye towards challenging that order.

The eastward shift in naval power will continue in 2030, a product of both declining defense budgets in Europe and growing economies in Asia. While the most powerful navies of the Cold War were concentrated largely in Europe, by 2030 both China and India will be on the list, with Japan and South Korea as runners-up also fielding large, modern naval forces.

Ship-wise, there are two classes that will define the most powerful navies: aircraft carriers and ballistic missile submarines. Aircraft carriers reflect the need to maintain a global, or even regional, power-projection capability. Ballistic-missile submarines reflect a maturation and diversification of a country’s nuclear arsenal, with an eye toward maintaining a second-strike capability in case of a surprise attack. More than any other type, those two will define naval power in the early-to-mid twenty-first century.

The United States, the dominant naval power worldwide in 1945, will continue to dominate the seas eighty-five years later. By 2030 the Navy will be halfway through its thirty-year shipbuilding plan and have built three Gerald R. Ford–class aircraft carriers to begin replacing existing Nimitz-class carriers. Amphibious ship numbers should be slightly higher than current numbers, and the first ship in class to replace the Ohio ballistic missile submarines should enter service in 2031. 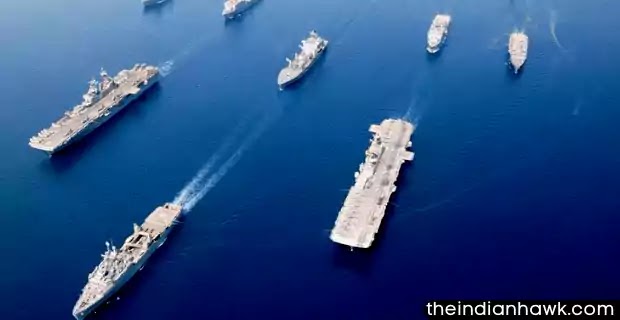 In surface combatants, all three Zumwalt-class cruisers will be in service—assuming the program remains fully funded—and the Navy will have built thirty-three more Arleigh Burke–class destroyers. A next-generation version of the Littoral Combat Ship will enter production in 2030.

Under current plans, the U.S. Navy should reach its three-hundred-ship goal between 2019 and 2034, but after that period the number of surface combatants begins to drop. These plans also assume a higher than average shipbuilding budget, while at the same time the service must compete with the budget demands of other services—particularly the Air Force—and domestic programs. While U.S. naval superiority isn’t ending any time soon, the period after 2030 will be a critical one.

The Royal Navy of 2030 will be paradoxically the smallest and yet most powerful in the history of the United Kingdom. A combination of two new aircraft carriers, restoring fixed-wing flight to navy after a forty-year hiatus, and a fleet of ballistic-missile submarines will keep a numerically inferior Royal Navy in the top five. 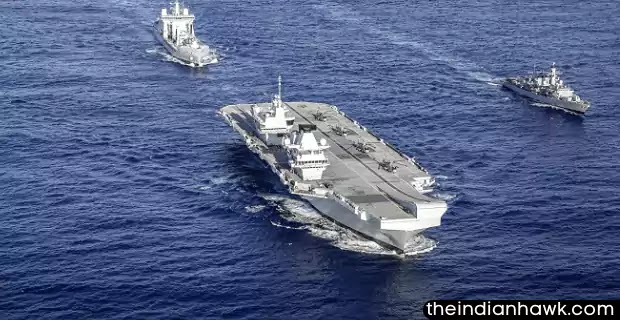 The Royal Navy is responsible for the UK’s nuclear deterrent and currently operates four Vanguard-class nuclear-powered ballistic-missile submarines, each equipped with sixteen launch tubes for Trident D-5 missiles. The Vanguard-class is expected to be replaced with the Successor class starting in 2028.

The UK’s sea-based power projection capability will be in the form of the Queen Elizabeth–class of aircraft carriers. The two conventionally powered ships, Queen Elizabeth and Prince of Wales, will each displace sixty-five thousand tons fully loaded and capable of carrying up to fifty aircraft. Aircraft will include the F-35B Lightning II fighter and Merlin, Wildcat, Chinook and Apache helicopters. The two carriers will optionally double as amphibious transports capable of carrying up to nine hundred Royal Marines or troops of the Army’s Sixteenth Air Assault Brigade.

The Indian Navy will be the second (or third, if you count Russia) Asian navy on this list. India has recently begun pouring enormous resources into its naval service, and as a result by 2030 could have one of the top five navies on the planet.

Barring unforeseen naval developments in other countries, by 2030 India will have the second largest carrier fleet in the world, with three flattops. If all goes according to plan, India should have three aircraft carriers: Vikramaditya, Vikrant and Vishal, together fielding a total of about 110–120 aircraft. 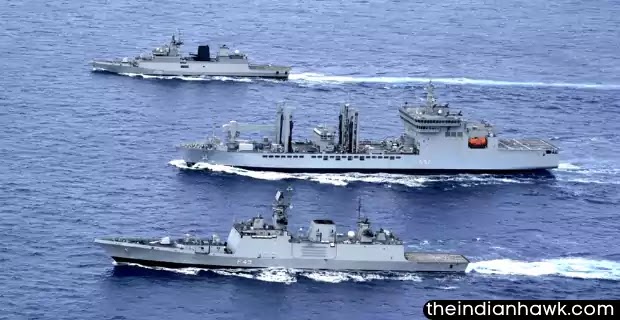 India will also have at least nine destroyers, including two guided missiles of the Kolkata class, three of the Delhi class, and four of the in-construction Visakhapatnam class. This is one less than what India has at present, and the number of hulls will have to increase if India is serious about protecting three aircraft carriers. Roughly two-thirds of the Indian Navy’s frigate fleet is modern enough to make it to 2030, particularly the Shivalik and Talwar classes, but India will have to increase the number of frigates overall—especially if Pakistan is serious about putting nuclear weapons on submarines.

India is in the process of standing up a sea-based leg of its nuclear triad, with the first ballistic missile submarine, Arihant, expected to be operational soon. Three Arihant subs are planned and an overall “boomer” fleet of six submarines is expected.

The People’s Liberation Army Navy (PLAN) of 2030 will continue to build on the ground broken by the PLAN of 2016. Currently, China has four major ship hulls it seems to be content with: the Type 052D guided-missile destroyer, Type 054A frigate, Type 056 corvette and Type 071 amphibious transport. All four are mature designs in large-scale production that will form the bulk of the fleet in 2030.

By one prediction, by 2030 the PLAN will have ninety-nine submarines, four aircraft carriers, 102 destroyers and frigates, twenty-six corvettes, seventy-three amphibious ships and 111 missile craft, a whopping 415 ships in total, to approximately 309 in the U.S. Navy of 2030. This would put China in a solid position as the world’s largest navy by number of ships—though not by total ship tonnage. 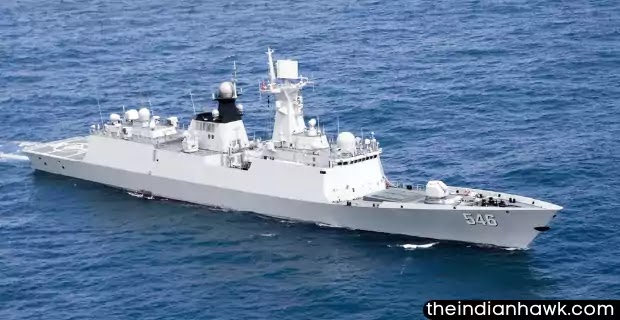 Could China really reach 415 ships? Such a total would probably require twice as many submarines to be produced annually, a boost in destroyer production to achieve a net gain as older designs age out, and a huge increase in amphibious ships. It would also require two more carriers than are currently in service or under construction. Reaching such a goal would require a substantial increase in the PLAN’s budget—at a time when the Chinese Communist Party is finally applying the brakes to defense-budget increases.

Other ships under construction will form China’s fleet in 2030 are the Type 055 destroyer and Type 001A aircraft carrier. A new ballistic-missile submarine to supplement and eventually replace the Type 094 Jin class is also likely. The 094 class is notoriously noisy underwater and not a particularly good place to put a fraction of China’s three hundred or so nuclear warheads.

The combination of a downturn oil prices and Western sanctions from its annexation of the Crimea will put a crimp in Russia’s economic stride for the near future. After economic growth of up to six percent annually, the bear is in recession with no immediate end in sight. A plan to replace 90 percent of Russian military equipment, including ships and naval equipment, has stalled. 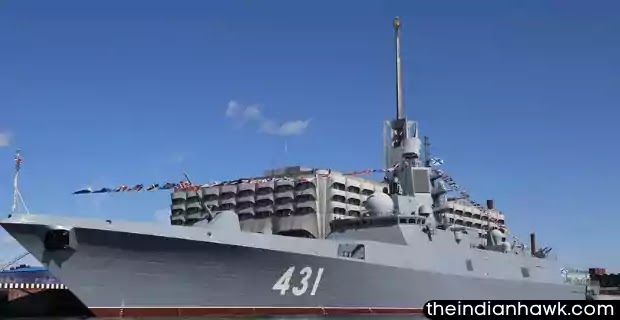 The rest of the Russian Navy is slouching toward oblivion, with a dwindling number of large surface combatants, submarines and a single, decrepit aircraft carrier. Yet there’s still hope: before the money ran out Moscow had big plans for its navy, and if were to somehow find funding, a number of interesting projects could be pursued.

Project 23000E, or Shtorm, would be a nuclear-powered carrier 330 meters long and displacing one hundred thousand tons, making it the closest competitor to a Ford-class carrier. Nuclear-powered, the carrier will embark up to one hundred aircraft, including a navalized version of the PAK-FA fifth-generation fighter.

There’s also the gigantic Lider-class nuclear-powered destroyer. At 17,500 tons and two hundred meters long, the Lider class is more akin to a cruiser than a destroyer. Armament will consist of sixty anti-ship cruise missiles, 128 antiaircraft missiles, and sixteen anti-ship guided missiles. The first ship is scheduled to begin production in 2019, with twelve entering service by 2025—an ambitious shipbuilding schedule to say the least.

Kyle Mizokami is a defense and national security writer based in San Francisco who has appeared in the Diplomat, Foreign Policy, War is Boring and the Daily Beast. In 2009 he cofounded the defense and security blog Japan Security Watch. You can follow him on Twitter: @KyleMizokami.