China’s PLA Upgrades Its Forces Along Disputed Border With India 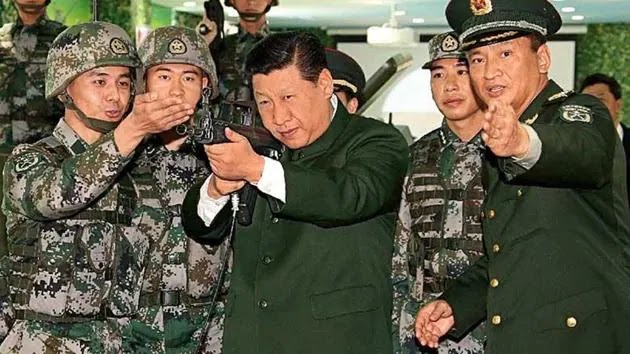 Following the Galwan clash in June 2020, India and China have maintained an uneasy calm along the line of actual control (LAC), the de facto border between them, but with the summer approaching rapidly, there is a growing sense that things may heat up.

A media report in The Hindu said that “a minor face-off” had occurred between Indian and Chinese troops in the “no-patrolling zone” at Galwan Valley over the last weekend. Even though the media report was sourced to a senior government official, the Indian Army refuted it, stating that there was no such “minor face-off.”

Nevertheless, there are developments close to the border areas that should be noted. Reportedly, the Xinjiang Military District, part of the restructured Western Theater Command, is receiving greater attention in terms of upgrades with new equipment, including combat vehicles. Traditionally, this region was not a priority in comparison to Beijing’s focus on Taiwan.

But that is changing, quite rapidly. Following the Galwan clash, the People’s Liberation Army (PLA) appears to be giving a fair share of importance to the Xinjiang Military District and upping the overall combat proficiency of the Xinjiang Military Command. Citing a Shanghai-based news website Eastday.com report, Global Times said that the Xinjiang Military Command received three new weapon systems over the last month: the Type 08 armored vehicle, a 122mm-caliber self-propelled howitzer (partially using technologies from the PCL-181 155mm-caliber self-propelled howitzer), and the PHL-03 long-range multiple rocket launcher system.

An Indian news report cited the South China Morning Post (SCMP) as saying that the PLA is aiming to buttress China’s border defense and strengthen deterrent measures against India.

A Chinese media report also stated that the Xinjiang Military Command has received a new type of amphibious armored vehicle for rescue missions, which according to military experts, are useful for missions in high-altitude border areas such as Galwan Valley. A CCTV report cited in the Global Times story claimed that in an exercise conducted in March this year, “the [armored] vehicle reached the rescue point 4 kilometers away within only five minutes despite complicated road conditions in the high-altitude mountains.” 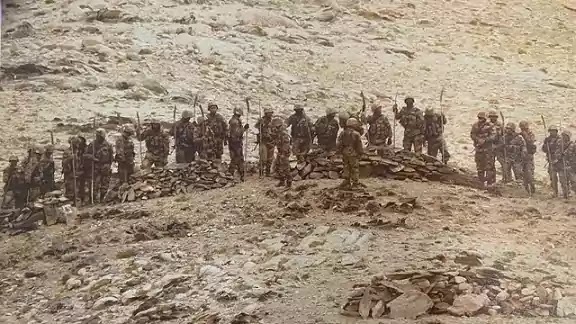 According to other Chinese media reports, cited by Janes, the ground forces of the Xinjiang Military Command have also been given new PHL-03 multiple rocket launchers (MRLs). The state-run China Central Television (CCTV) is reported to have displayed the new MRLs, a formation of 10 launchers, “each manned by a crew of four, accompanied by four transloaders and four unidentified 4×4 trucks, which were likely for carrying various spares or additional battery equipment.” The launchers were developed by China’s North Industries Group Corporation (Norinco) and can each reportedly fit 12 launch tubes for 300 mm artillery rockets.

On the deployment at the Xinjiang Military District, Song Zhongping, a former instructor in the PLA’s Artillery Corps, is reported to have said that “Only a long-range MLRS is powerful enough to act as a deterrent to India, as the Indian troops are also stepping up military deployment along the borders.” According to Janes, CCTV in its video of the release of the launchers also claimed that the range of the new launchers is “30 km greater than that of the standard rockets used by the system.” The SCMP reported that the PHL-03 can “strike multiple targets simultaneously.”

The Xinjiang Military Command is also reported to have taken delivery of new Type-15 light tanks in January 2021. According to Chinese military experts, these tanks can perform very well in rapid reaction combat roles in plateau regions. Both the Xinjiang and Tibet military commands are now operating these light tanks, a development particularly relevant in the China-India border context. The new tank, also called ZTQ-15, is equipped with a modern fire control system, including laser rangefinder, ballistic computer, wind sensor, gunner’s thermal sight, and commander’s panoramic sight with thermal vision. 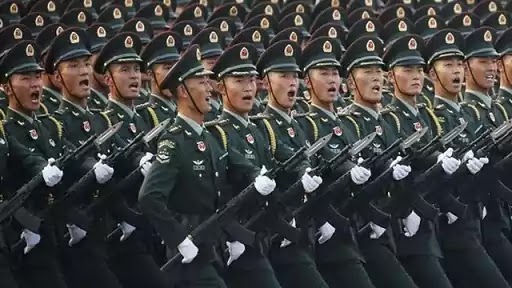 In addition to rapid upgrades in terms of weapons and platforms, the Xinjiang Military Command has also been conducting live-fire exercise with newly-acquired self-propelled mortars, capable of providing “many tactical advantages in rapid fire support” given the flexibility of the new mortars compared to the larger artillery pieces. The Command took possession of the new mortars only a few weeks ago. The new mortars are supposedly “very accurate and fast, enabling the fire support units that could previously only operate in the rear to transform into mobile, hit-and-run firing positions.”

All of these developments, including the upgradation of the Xinjiang Military Command and the military exercises, indicate the PLA’s determination to upgrade its combat capability along the Sino-Indian border areas. Despite the talks between India and China on resolving the stand-off, military preparations clearly are continuing, too.

Dr. Rajeswari (Raji) Pillai Rajagopalan is the Director of the Centre for Security, Strategy & Technology (CSST) at the Observer Research Foundation, New Delhi.