To deal with the China-Pakistan menace, a politically guided policy and a comprehensive military capacity are required. 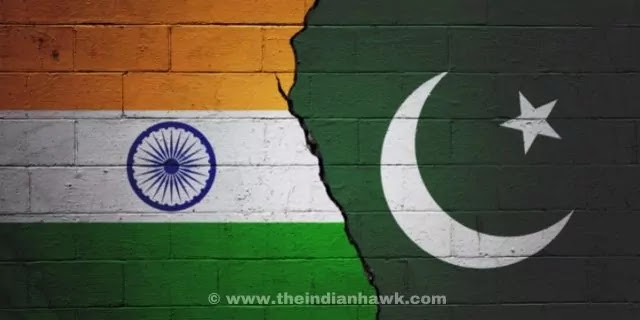 Until recently, every idea of a two-front conflict elicited opposing viewpoints. The Indian military was convinced that a collusive China-Pakistan military threat existed and that we needed to create capabilities to confront it.

On the other side, the political elite in general, as well as the backbone of the country's strategic community, believed that the military was exaggerating a two-front threat in order to demand more resources and finances.

They said that China has never intervened militarily in any India-Pakistan dispute in the past and that India-economic, China's diplomatic, and political relations exclude any violent conflict between the two countries. As a result, India's strategic thinking was dominated by Pakistan and the security concerns that sprang from there.

Things alter when there are intrusions.

While China was the more powerful — and thus strategic — foe, the Indian military believed the chances of a conventional fight breaking out were slim. Pakistan, on the other hand, faced a higher risk of conflict along the western border, which could be ignited by a big terror assault from Pakistan.

The Chinese military threat has become more evident and serious as a result of the Chinese incursions in Ladakh in May this year, the violence that came from conflicts between the Indian Army and the People's Liberation Army, and the gridlock in discussions. As a result, New Delhi now finds itself in a potentially dangerous two-front situation. 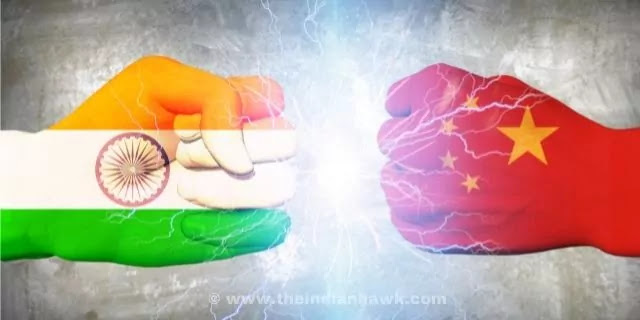 Even if the current border conflict between India and China is addressed amicably, India's military planners will be more focused on China's military challenge in the months and years ahead. This comes as the situation along the Line of Control (LoC) with Pakistan has continued to deteriorate.

There has been a fourfold increase in ceasefire violations between 2017 and 2019. According to certain media reports, Pakistan had deployed 20,000 troops in Gilgit-Baltistan, matching Chinese deployments in Eastern Ladakh.

Military ties between China and Pakistan

The Sino-Pakistan connection is not new, but it now has far more dangerous ramifications than it had in the past. Pakistan has long been seen as a counterweight to India's power in South Asia by China.

The two countries' ties have become stronger over time, and their strategic thinking has become increasingly aligned. Military cooperation is increasing, with China accounting for 73% of Pakistan's total arms imports from 2015 to 2019.

"The joint exercise will improve combat capacity of both air forces substantially and also enhance interoperability between them with greater strength and harmony," the Pakistan Chief of Army Staff said of the (recently concluded) Shaheen IX Pakistan-China joint exercise between the Pakistan Air Force and the People's Liberation Army Air Force.

As a result, it would be sensible for India to prepare for a dual threat. In order to prepare for this, the Indian military must consider how this threat might present itself and what capabilities should be developed to resist it.

The biggest problem for India's military in a two-front scenario would be if hostilities broke out along the northern border with China. In such a scenario, Pakistan is likely to try to take advantage of India's military concern by launching limited military operations in Jammu and Kashmir (J&K) in order to boost the degree of militancy in Kashmir.

Pakistan is unlikely to launch a big-scale struggle in order to seize huge swaths of territory, as this would result in a full-fledged war between three nuclear-armed states. In such a scenario, the cost to Pakistan's economy and military considerably outweighs the benefits of retaking some territory. Pakistan would prefer the low-risk option of conducting a hybrid conflict that isn't quite at war's level.

The Indian military has two difficulties as a result of a two-front conflict: resources and strategy. In his 2016 paper “Troubles, They Come in Battalions: The Manifold Travails of the IAF,” Ashley J. Tellis estimates that around 60 combat squadrons are required to deal with a significant two-front threat (https://bit.ly/3hoZ3i7). This is more than twice the Indian Air Force's current squadrons (IAF). Clearly, developing a level of capacity that allows for independent warfighting on two fronts is neither practical nor feasible.

The number of resources to be committed to the primary front will be a crucial decision. If the Indian Army and Indian Air Force send the majority of their forces to the northern frontier, the military will have to reassess its western border policy. This is the second conundrum. Should the Indian military remain totally defensive, even if Pakistan is simply waging a hybrid war? If it does, Pakistan may be encouraged to continue its actions in J&K with impunity, possibly even increasing its engagement on the western front. Taking a more aggressive stance against Pakistan risks drawing limited resources into a larger fight.

It's hard to predict the parameters of a two-front battle and how it would play out with any accuracy. What is certain, however, is that the threat cannot be disregarded, and as a result, we must build both the doctrine and the competence to deal with such a scenario. The development of a doctrine will necessitate close collaboration with political leaders. Any doctrine prepared without a political goal and direction will fail to stand up to scrutiny when it is put into practice.

Capability development also necessitates serious consideration, especially given the fact that the country's economic situation will preclude any large rise in the defence budget in the near future. There is far too much emphasis on key platforms like aircraft, ships, and tanks, and far too little on emerging technologies like robots, artificial intelligence, cyber, and electronic warfare. A proper balance must be achieved based on a thorough examination of China's and Pakistan's war-fighting strategies.

To begin, New Delhi should strengthen relations with its neighbours in order to avoid being trapped in an unfavourable neighbourhood, given Beijing's and Islamabad's efforts to restrict and confine India in the region.

To secure energy security, promote marine cooperation, and improve goodwill in the extended neighbourhood, the government's present engagement with important nations in West Asia, especially Iran, should be strengthened. Given that Russia could play a significant role in defusing the severity of a regional gang up against India, New Delhi must ensure that its relationship with Moscow is not sacrificed in favour of India-US relations.

Even while the Quad, or quadrilateral security dialogue (India, Australia, Japan, and the United States), and the Indo-Pacific appear to be the cornerstones of India's new grand strategy, a maritime strategy can only go so far in alleviating Sino-Pakistan pressure in the continental arena.

Politically, the stark military reality of a two-front threat, one that is only likely to intensify over time, must serve as a wake-up call for New Delhi's political leadership, encouraging it to seek measures to relieve pressure from either front. More than anything else, reducing pressure on the western front demands political will. A well-choreographed political outreach to Kashmir aimed at pacifying the angry populace would, therefore, go a long way towards achieving that goal in the long run.

This might pave the way for a possible rapprochement with Pakistan, assuming Rawalpindi can be persuaded to stop terrorist infiltration into Kashmir. It's vital to remember that China, the emerging and aggressive powerhouse next door, poses the greater strategic threat to India, with Pakistan serving as a secondary component in Beijing's "contain India" policy. As a result, New Delhi should do everything it can politically to mitigate the impact of a collusive Sino-Pakistan containment strategy targeted at India.