This comes after the Union Cabinet approved the export of indigenously-developed Akash missile, setting up a panel to ensure faster approvals... 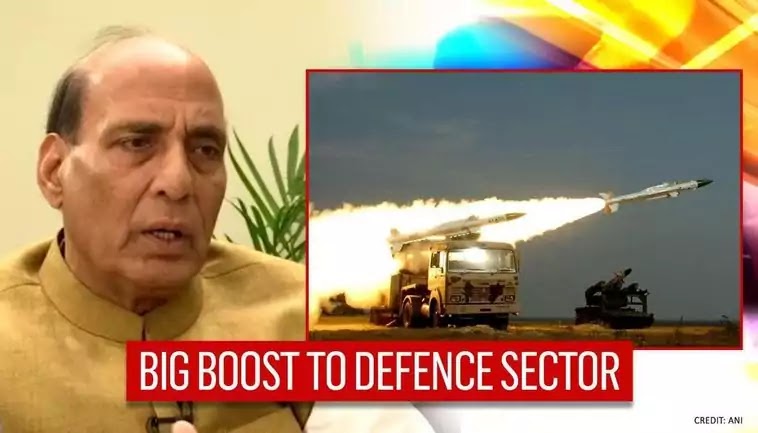 In a major boost to India's Defence Industry, nine countries from Southeast Asia and Africa expressed interest in the acquisition of Defence Research and Development Organisation (DRDO) developed Akash Air Defence Missile, as per government sources.

This comes hours after the Union Cabinet on Wednesday approved the export of indigenously-developed Akash missile, setting up a panel to ensure faster approvals for acquisition proposals by various countries. The Centre has been working towards achieving a target of USD 5 billion in defence exports through exporting domestically-designed high-value defence platforms.

While tweeting on the development, Union Defence Minister Rajnath Singh revealed that the export version of Akash will be different from the System currently deployed with the Indian Armed Forces. He also called Akash 'an important missile' since it is 96 per cent indigenously made. "So far, Indian defence exports included parts/components etc. The export of big platforms was minimal. This decision by the Cabinet would help the country to improve its defence products and make them globally competitive," he stated.

Earlier this month, the Defence Acquisition Council (DAC) headed by Rajnath Singh had approved proposals worth Rs 27,000 cr centred at procuring defence equipment from Indian manufacturers. Out of the seven proposals worth Rs 28,000 cr, six proposals valued at Rs 27,000 cr were granted to the Indian industry in a boost to both the 'Make In India' and the 'Atmanirbhar Bharat' initiative.

Back in October, the Defence Minister had approved the new DRDO Procurement Manual-2020 to facilitate the indigenous Defence Industry. In August, Rajnath Singh in a massive statement had announced that the Ministry of Defence would embargo imports of 101 items to boost indigenous defence production.

After a successful year for the DRDO, Chief G Satheesh Reddy in October had revealed that India had actually gained complete self-reliance in the area of missiles. "We are now able to develop any type of missile system what armed forces want," he said.
Source
#Africa #Akash Air Defence Missile #Atmanirbhar Bharat