India is yet again working the policy lever to get private players into defence production. Will it work? 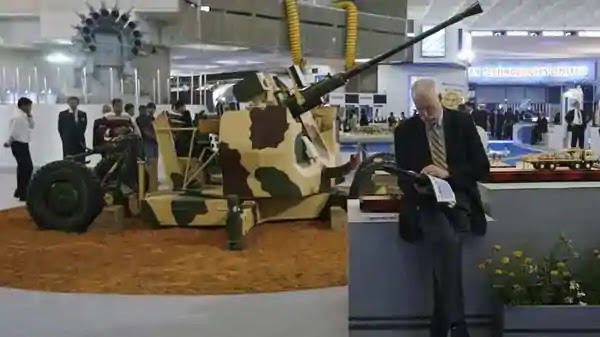 BENGALURU : From 1 October, India moves into a new regime for defence systems production and acquisition. Under the larger ambit of the government’s Atmanirbhar Bharat tilt, the new policy seeks to ensure self-reliance in defence manufacturing. Along with recommendations to streamline defence procurement, the policy sets several ambitious production targets, including an annual turnover of ₹1.75 trillion and exports of ₹35,000 crore in aerospace and defence goods and services by 2025.

In 2018-19, India’s total defence production was ₹80,558 crore and exports ₹8,320 crore. In other words, the government wants to double domestic production in defence and quadruple exports by 2025. It’s using the policy lever to give the Indian private sector a larger business landscape.

Indian companies, which have seen many a false dawn in the defence sector, are latching on to it, saying the right things, initiating plans and doing the odd deal. A report released this week by the auditor to the government serves as a counterpoint to this promise, and lays bare some of the pulls and pressures involved in taking a business-friendly approach in India’s defence sector and converting it into a sustainable business opportunity.

As things stand, India is far from being self-reliant in its defence requirements, while only being a marginal player in exports. According to data from the Stockholm International Peace Research Institute (SIPRI), India’s arms imports declined by 32% in the five-year period from 2015-19, as compared to 2010-14. Yet, India remained the second-largest arms importer in the world in the period 2015-2019, 56% of which came from Russia alone. In terms of exports, India ranks 23rd, having merely 0.2% of the share of global exports (see Chart 1).

For India to reach anywhere close to the proposed 2025 targets will require a radical overhaul of the current defence production regime. While a bulk of defence production is still attributable to the twin government pillars of defence public sector undertakings (DPSUs) and ordnance factories, the emerging private sector will have a significant role to play if India aspires to ramp up its capabilities.

India has much ground to make up on the defence technology and production curve. As part of the Make in India umbrella, the government has been pushing for a greater role for the private sector. The database of one of these initiatives shows a majority of projects fall in the category of ammunitions (including rockets and bombs), and surveillance and tracking systems. According to the SIPRI database, however, a majority of India’s defence imports are in the category of fighter aircraft, helicopters, naval guns and anti-submarine missiles—which present a significantly greater technological and manufacturing challenge.

Since 2016-17, the earliest for which such data is available, there has been a gradual shift away from the public sector to the private sector. The share of the private sector in total defence production has risen from 19% in 2016-17 to 22% in 2018-19. In the same period, the share of the public sector (DPSU plus ordnance board) has decreased from 75% to 72% (see Chart 2).

Defence production in the public sector is helmed by the Department of Defence Production (DDP), which was set up in 1962 with the objective of developing a comprehensive production infrastructure to produce equipment required for defence. The DDP oversees the functioning of the Ordnance Factory Board (OFB) and nine defence PSUs, which include Hindustan Aeronautics Limited (HAL), Bharat Electronics Limited (BEL), Bharat Dynamics and Mazagaon Dock.

While the purpose of the DPSUs and OFB was to accomplish self-sufficiency in arms production, their performance has come under considerable scrutiny over the past few years. An audit by the Comptroller and Auditor General of India (CAG) in 2016 stated that “defence PSUs failed in their objective of supplying critical weapons and equipment meant for modernisation of Army."

The CAG’s statement was based on the following findings. Of the capital contracts concluded with DPSUs during the XI Army Plan (2007-12), “inordinate delays" were observed in contracts worth ₹30,098 crore, or 63% of the total value.

According to CAG, the major reasons for inefficiencies were undue time taken in development, delays in successful evaluation of pilot, heavy dependence of DPSU on foreign vendors and ambiguity in contractual terms. In an unscheduled appearance at a ministry of defence (MoD) webinar last month, Prime Minister Narendra Modi chastised the ordnance factories for running like a “government department" and said that steps will be taken to corporatize them.

For the longest time, defence production was strictly regulated, remaining within the domain of the public sector. In May 2001, the defence sector was opened up to 100% for Indian private sector participation, with foreign direct investment (FDI) up to 26%, but both were subject to licensing. In 2016, FDI under automatic route was allowed up to 49%, and above 49% where it was likely to result in access to modern technology. Earlier this month, the government relaxed the FDI limit under the automatic route to 74%, but it also inserted a ‘national security’ clause, retaining the right to review any deal.

The Defence Procurement Procedure (DPP) 2016 undertook several reforms that benefited the private sector. One significant provision in DPP 2016 was the Strategic Partnership Policy (SPP). This allowed selected Indian private sector companies to partner with foreign original equipment manufacturers (OEMs) to jointly manufacture fighter jets, helicopters, submarines and armoured vehicles. Global vendors wanting to tie-up with Indian private sector companies would receive formal assurances from the Indian government to get the necessary licenses. The government would, therefore, play a facilitating role. The controversial Rafale jet deal signed between France’s Dassault Aviation and Anil Ambani-led Reliance Aerospace in 2016 was executed as one such strategic partnership.

The 2020 policy has introduced a new category ‘Buy (Global-Manufacture in India)’ to encourage foreign OEMs to setup “manufacturing or maintenance entities through its subsidiary in India". The new guidelines encourage the manufacturing of the entire equipment rather than just components and spares. Additionally, domestically developed defence platforms must now have at least 60% Indian content.

Another policy to benefit domestic manufacturers, particularly private players, is the Defence Offset Policy proposed in DPP 2013. Under this policy, a foreign supplier of defence equipment compensates the ordering country in the form of placing a minimum percent of value addition in the ordering country. India had an offset requirement of 30% for defense contracts over ₹2,000 crore (now revoked from 1 Oct).

The Rafale deal, valued at €7.87 billion (about ₹59,000 crore), included a 50% offset obligation—the largest-ever offset contract in India. In this deal, the offset share of the Defence Research and Development Organisation (DRDO), a government entity, was 30%. The remaining 20% was allocated to the Dassault Reliance Aerospace Ltd (DRAL), Dassault’s joint venture with Anil Ambani’s Reliance Group.

These contracted offset obligations, which are valued around ₹30,000 crore, are to be discharged over a period of seven years, beginning in the fourth year—that is, from October 2019. The disposal of these offsets is, however, heavily loaded towards the last two years of the seven-year period. On 24 September, CAG tabled a report in parliament where it highlighted that the vendors, Dassault Aviation and weapons-supplier MBDA, had not yet made the transfer of technology to DRDO.

Irregularities in the offset policy, CAG added, were not restricted to the Rafale deal alone. Based on a scrutiny of several offset contracts between 2005 and 2018, the CAG report stated that offset contracts built into several defence deals have “not yielded the desired results".

Several conglomerates entered the defence sector in the early part of this century. In 2004, a committee was set up by the government under the chairmanship of Vijay Kelkar to examine and recommend changes needed in defence acquisition procedures. The report, released in 2005, encouraged the involvement of the country’s best private firms.

In 2007, the Tata Group entered the defence manufacturing space with Tata Advanced Systems. Other prominent groups with a presence include the Mahindra group, Hinduja group, Kalyani group, L&T, both Ambani brother groups and, most recently, the Adani group.

But their numbers, at present, are not much to speak of. In 2018-19, the size of the entire private sector in the defence space was ₹17,350 crore—about one-third the quarterly turnover of Reliance Industries Ltd. Data in the public domain shows that Tata Advanced Systems had ₹341 crore revenues in 2017-18 and Kalyani Strategic Systems ₹119 crore revenues in 2019-20.

But the private sector is once again looking to make big moves. Take the example of the Adani Group. Earlier this month, an Adani subsidiary bought 51% in Gwalior-based PLR Systems, which makes small arms and in which 49% is owned by Israeli defence manufacturer IWI. The latest relaxation in FDI norms does open the door wider for more strategic alliances between foreign defence firms and Indian private companies.

The MoD seems increasingly keen to engage with private players. On 1 September, for instance, it inked a long-awaited ₹2,580 crore deal with L&T and Tata Aerospace and Defence to manufacture indigenous Pinaka multi-barrel rocket launchers for the Army. Defence PSU BEL was also a beneficiary of the deal and will be contracted to build trucks for the rocket launchers.

While the larger trend seems to be towards privatization and foreign investment, the public sector still remains the backbone of defence production in India, and therefore, needs proactive reforms. Earlier this month, Chief of Defence Staff General Bipin Rawat called for a revamping of India’s defence PSUs with a focus on improving their work culture and quality control.

He also called for rationalization of India’s defence expenditure, noting that in spite of being the world’s third-largest defence spender, India does not have the defence capabilities it desires. India’s armed forces, he added, were committed to winning wars with indigenous solutions and urged the private industry to invest in building long-term capabilities.

If India is to indeed realise its ambition of being a significant player in the global defence scene, it would require a massive modernisation of its public defence set-up, along with an infusion of capital and technological expertise from private companies.