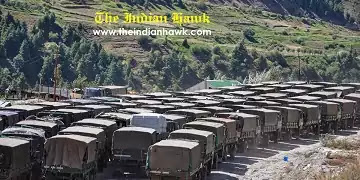 New Delhi: A recommendation report of the Indian Army has highlighted the poor quality of defence equipment produced by ordnance factories since 2014. This, the report says, had led to an estimated loss of Rs 960 crore, an amount that could have been utilised to buy 100 155-mm medium artillery guns like the Howitzer.

The report has been covered by several news organisations but The Wire has not been able to independently verify its contents.

Shortly after this report was published,  accessed a release by the OFB in which it said it is not in possession of this report. However, it noted that “these articles tend to spread misinformation, are alarmist and defamatory. Unfortunately, no verification was sought from OFB prior to publication of these articles.”

The assertion that “no verification was sought from OFB” appears to be a generalisation as The Telegraph‘s report on the matter did carry the line that the OFB public relations officer had said that he was “not aware of any such report by the army.”

“Lack of accountability and poor quality of production results in frequent accidents. This results in injuries and the death of soldiers. On average one accident takes place per week,” the report reads.

However, the OFB rejoinder said that between 2011 and 2018, there have been more than 125 accidents involving ammunition procured from sources other than OFB, both domestic and foreign. “It is, however, seen that only cases where OFB ammunition is involved are selectively reported in the press.”

The internal report has further stated that the lives of 27 soldiers have been lost in “casualties due to OFB-manufactured ammunition and armament” since 2014.

Here too, the OFB has said that of the 27 fatalities reported, 19 were in CAD Pulgaon in the incident that occurred in May 2016 involving mine anti-tank IA ND. “This mine had been developed by the DRDO (ARDE) and was manufactured strictly according to their design. Design deficiencies were subsequently noticed and suitable changes are being evaluated,” it said.

OFB also sought to highlight that “after 2005-06, when the responsibility for inspection of input material was given to OFB, there has been a decrease in the number of accidents.”

The Army, in its July report, recommended corporatisation of the Ordnance Factory Board (OFB). The Modi government too is planning to corporatise the 41 ordnance factories, 13 development centres and nine institutes of learning under the Board.

For the same, in September, an Empowered Group of Ministers (EGoM), headed by Defence Minister Rajnath Singh was set up, to “oversee and guide the entire process, including transition support and redeployment plan of employees while safeguarding their wages and retirement benefits”. EGoM will take decision on converting the OFB into single or multiple government-owned corporate entities.

Numerous employees’ unions have opposed corporatisation of OFB and declared a nationwide strike from October 12.

Mentioning that accidents occur “primarily due to faulty ammunition, defective armament and faulty drills by the crew operating the equipment or due to deficiencies in storage conditions,” the report pointed out that 403 accidents have taken place between 2014 and 2019, out of which 267 are related to the infantry, 87 artillery-related accidents, 44 in the armoured corps, and 15 in air defence.

Earlier, an internal assessment by the Army had flagged that “any drop in quality of OFB products has a major bearing on war waging potential of the country.”

It pointed out several issues – defects in ammunition and replaced components; slow development and production of ammunition; lack of follow-up action by OFB on surprise checks by the Army; poor packaging; and a high rate of return for rectification.

Note: This article has been updated with the OFB’s rejoinder.