The continually-deferred fast track procurement of close quarter battle carbines for an estimated $110 million from Caracal International of the UAE. 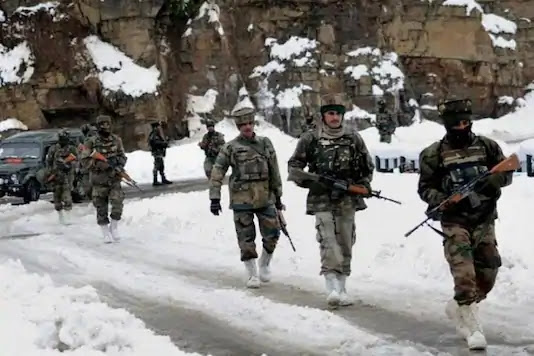 Chandigarh: The recent revocation by India’s Ministry of Defence (MoD) of the tender to import 93,895 close quarter battle (CQB) carbines for the Indian Army has further exacerbated operational problems for the force, that has been without this critical weapon system for over three decades.

The Defence Procurement Board (DPB), headed by defence secretary Ajay Kumar had, earlier this month, informed the Defence Acquisition Council (DAC) of its intent to call off the continually-deferred fast track procurement (FTP) of the 5.56mmx45mm CQB carbines for an estimated $110 million from Caracal International of the United Arab Emirates (UAE).

The import of Caracal’s CAR 816 CQB carbines, which were shortlisted in October 2018 over the rival F90 model fielded by Thales of Australia, was mandated to have been concluded within 17-18 months of the request for proposal or RFP for it being issued in March 2018. Consequently, carbine deliveries were scheduled to have been completed by August 2019; instead, the MoD opted to call off the deal for unknown reasons, some 13 months after that delivery deadline expired.

The CA 816 CQB carbines were intended to replace the army’s 9mm Sterling 1A1 sub-machine guns, dating back to the 1940’s, that were being built by the state-run Ordnance Factory Board, but their production had been discontinued nearly two decades ago.

Meanwhile, the MoD is believed to be readying yet another RfP for around 35,000 CQB carbines, once again via the FTP route, and in all likelihood with the import being executed under the newly enunciated Defence Acquisition Procedure-2020.

The ministry eventually aims to make good the long-pending residual shortfall of some 300,000- odd carbines for the army and paramilitaries by sourcing them locally under the grandiose Atmanirbhar Bharat or self-reliant India initiative. This, however, could take several years to fructify, through local manufacturers entering into collaborative ventures with overseas original equipment manufacturers (OEMs) to make the carbines. This proposal, however, is far from being initiated.

However, in the intervening period, defence industry officials said that to meet the army’s urgent requirement for some 35,000 CQB carbines would, even in the best case scenario, take up to early 2022 to acquire. This is so because no RfP for CQB carbines can be issued till the previous contract for CAR 816’s has been formally scrapped, but even this can take several months to accomplish by the DAC headed by defence minister Rajnath Singh that initially approved the tender.

Thereafter, once the RfP responses are received by the MoD, a technical evaluation of the rival carbines on offer would follow, succeeded in all likelihood by testing some, if not all weapon systems by an empowered committee – essentially a specialised army team – in the prospective vendors’ countries.

Love of Urdu in Times of Shrinking Diversity

Once one or more carbines have been shortlisted, the commercial bids, submitted earlier along with the RfP responses would be opened, and the lowest bidder or L1 declared the winner. Complex discussions by the Contract Negotiation Committee would follow, before a deal for the carbines is eventually signed, with deliveries to be made within 3-12 months subsequently, in accordance with the FTP. Industry officials said this entire process could take 12-14 months to complete, taking most of 2021 and possibly even the first few months of the following year to accomplish.

“It will be a rerun of the lengthy process that the MoD effected when it selected Caracal’s 816 CQB in October 2018 following an extended trails and shortlisting and negotiation procedures, only to eventually cancel the tender,” said a two-star officer, declining to be named. It will be similar to the rerun of a play or movie seen earlier, but with a different cast, he jocularly added.

Senior officers said the absence of carbines has become especially critical in recent months, as the army is increasingly being deployed on counter insurgency (COIN) operations in Kashmir, where Pakistan has stepped up militant infiltration into the restive region ahead of winter.

The army is also deployed cheek-by-jowl against China’s People’s Liberation Army (PLA) along the disputed Line of Actual Control (LAC) in eastern Ladakh, where the lack of a carbine is reportedly being felt and is adversely impacting operations.

Presently, the army is employing assault rifles as a substitute for carbines, which many infantrymen claim reduces operational efficiency. Compared to assault rifles, the smaller sized, relatively lighter carbines are easier to deploy in close quarter battle situations, similar to the ones that prevail on COIN operations and could potentially emerge at the LAC.

Carbines have relatively shorter barrels, and unlike assault rifles have a lesser ricochet when employed in confined spaces. Fired at relatively close range, carbines are even capable of penetrating body armour and headgear and, army officials said, would prove more efficacious under the new rules of engagement or RoE along the LAC that were revised following the death of 20 Indian soldiers after a clash with the PLA in Ladakh’s Galwan region in mid-June.

The amended RoE now give local army commanders along LAC-the ‘freedom to initiate adequate and proportionate responses to any hostile acts by the PLA’, in which CQB carbines would prove highly effective, army sources said.

Meanwhile, Infantry-8, the user directorate for the army’s Infantry wing, that has long been pressing for the early procurement of CQB carbines, remains adamant regarding their acquisition.

However, inconceivably the DPB too appears equally adamant to terminate their purchase tender, leaving an acute breach in the army’s basic operational requirements for which no one is being held to account.