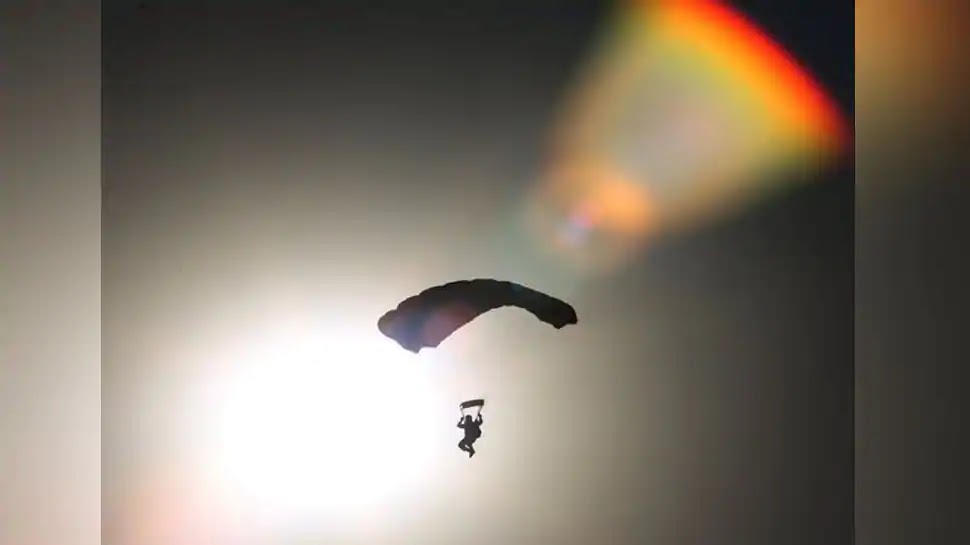 The Indian Air Force (IAF) has achieved a new record of the highest skydive landing at Khardungla Pass in Leh at an altitude of 17,982 ft breaking its own earlier record. The IAF celebrated its 88th Anniversary on October 8 and to commemorate this event the skydive landing was carried out.

The IAF tweeted on Friday, "Congratulations IAF Skydivers carried out a 'Skydive Landing' at Khardungla Pass, Ladakh at an altitude of 17982 ft setting a new IAF record. The feat was achieved on 8 Oct 20 to commemorate the 88th anniversary of the IAF."

Wing Commander Gajanad Yadava and Warrant Officer AK Tiwari carried out successful skydiving jump from C-130J aircraft and landed at Khardungla Pass, Leh on October 8. The landing at such an altitude is extremely challenging due to low oxygen levels combined with low air density and rough and inhospitable hilly terrain.

Both the Air Warriors have shown excellent professionalism, grit and determination in overcoming adverse conditions and achieving the grand success of setting a new IAF record.

This unique achievement once again demonstrates the capability of the IAF to scale new heights despite the challenges and remain committed to the motto of Mission, Integrity and Excellence.