"Pakistan is Afghanistan's closest neighbour, and the international world has recognised Pakistan's role in the current peace effort. With the ... 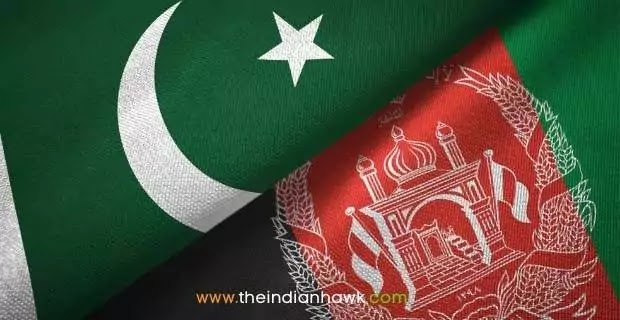 Despite being the conflict-torn country's nearest neighbour, Pakistan's Foreign Office has released a statement regretting that it was not invited to the United Nations Security Council meeting on the situation in Afghanistan.

The 15-member council met on Sunday under India's presidency to discuss the situation in Afghanistan, during which India made a veiled jab at Pakistan for providing safe havens to terrorists. "Terrorist safe havens and sanctuaries in the region must be removed immediately, and terrorist supply routes must be stopped if Afghanistan is to have long-term stability." Terrorism, separatism, and other threats to Afghanistan's neighbours and the region must be avoided Indian Ambassador to the UN T S Tirumurti said.

"Pakistan is Afghanistan's closest neighbour, and the international world has recognised Pakistan's role in the current peace effort. With the help of the international community, Pakistan's constructive actions resulted in significant progress in the Doha peace process.

Pakistan urges all parties in Afghanistan to abandon the military strategy in favour of a political settlement that is inclusive, broad-based, and comprehensive. It's also crucial to be aware of spoilers both inside and outside the building "According to Pakistan's foreign ministry.

Ghulam Isaczai, Afghanistan's Permanent Representative to the United Nations, unleashed a stinging attack on Pakistan, accusing it of giving safe refuge and logistical support to the Taliban, during the UNSC session.

The request to offer Pakistan's perspective on the Afghan peace process was denied, but the platform was "made accessible to facilitate the peddling of a false narrative against Pakistan," according to a statement from the Pakistani foreign ministry.

"These allegations are completely denied by Pakistan." Pakistan's view on the subject has been discussed with Security Council members,” it said, adding that its position on the Afghan crisis remains unchanged, as it thinks there is no military solution to the conflict and that political agreement is the only way to achieve long-term peace.

Imran Khan, Pakistan's prime minister, previously stated that the Taliban are ordinary civilians who cannot be hunted down by the Pakistani army. Ghulam Isaczai, the Afghan Ambassador to the United Nations, said at the UNSC meeting that Afghanistan is ready to give evidence to back up its claim that Pakistan is maintaining a supply route to the Taliban.

"We are willing to present such evidence to members of the Security Council," Ghulam added, adding that evidence was also provided to Islamabad. "Taliban isn't the only one who engages in deliberate brutality. Foreign warriors from transnational terrorist networks aid them. They are putting peace, security, and stability in Afghanistan, as well as our region and beyond, in jeopardy "Isaczai explained.

The United Nations Security Council has stated that it will not accept any political structure in Afghanistan in the name of the Islamic Emirate (Taliban authority). According to ANI, which cited Pajhwok Afghan News, the UN committee also raised concern about reports of increasing human rights breaches in Afghanistan.

As they struggle in Afghanistan continues, the Taliban have taken control of Zaranj, the capital of Nimroz province, and Shiberghan, the provincial capital of Jawzjan, and fighting is also taking place in Helmand's capital Lashkargah, Kandahar City, and Sar-e-Pul City.