Air Marshal Rajkumar stated, "Tejas is a wonderful aircraft with the finest flying record in the world." “Over 5,000 developmental flights have been c 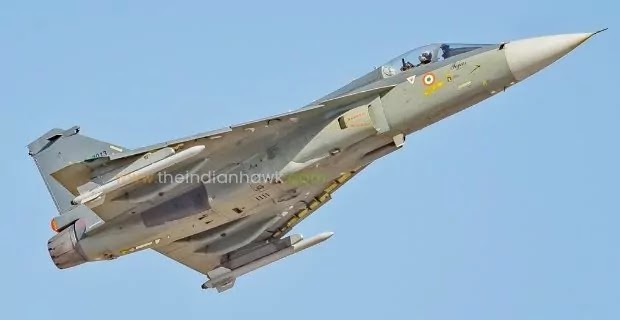 Not because the 78-year-old former Indian Air Force officer was the oldest man to fly the Tejas at the time. But since he had watched the plane grow from a concept to a fully functioning fighter from the beginning.

He was in the cockpit of the Tejas for the first 98 flights as a test pilot.

Air Marshal Rajkumar stated, "Tejas is a wonderful aircraft with the finest flying record in the world." “Over 5,000 developmental flights have been completed without a single mishap.”

Rajkumar, who joined the IAF in 1962 and retired in 2001, is one of the IAF's most experienced test pilots.

Rajkumar was sent to the Aeronautical Development Agency (ADA) — an autonomous agency under the Defence Research & Development Organisation (DRDO) created in 1984 — to oversee the flight testing of the LCA in September 1994, when he was the Additional Assistant Chief of Air Staff or ACAS (Ops) at Air HQ.

Former President Dr. A.P.J. Abdul Kalam, who was then the scientific adviser to the Prime Minister and director general of the ADA, personally sought him out for the post. Rajkumar went on to become the director of the ADA, a position he held until his retirement.

The retired official added, "I worked in the ADA from 1994 to 2003, during which time I established the National Flight Test Centre," referring to the ADA department in charge of Tejas testing.

Rajkumar, who co-authored the book Radiance in Indian Sky – The Tejas Saga with writer B.R. Srikanth, claimed the TEJAS fighter plane has been the victim of a persistent vilification campaign.

He stated that several of the world's most famous fighters, including India's most recent acquisition, the Rafale, had comparable development timeframes, and that the criticism thrown at Tejas was "unfortunate."

In 1983, the Indian government, while led by Indira Gandhi, announced a project to develop a new LCA to replace the Russian MiG-21s.

The Cabinet Committee on Security approved a Rs 48,000-crore purchase for 83 Tejas, including 73 Mark 1A variants, earlier this year, marking the LCA's first major order with the state-run Hindustan Aeronautics Limited (HAL).

The "unfortunate element of the entire Tejas initiative," according to Rajkumar, "was that it was the most heavily criticized project in the world by the media and others."

He said that, contrary to claims that the project was a money-sucker, a total of Rs 14,293 crore was spent on the Tejas' development between 1986 and 2020, when the Tejas' naval variant made its first landing on an aircraft carrier.

When asked about the criticism about the fighter's apparent development delay, Rajkumar replied it was a misunderstanding. “Everyone works backwards from 1983, when Indira Gandhi gave her approval to the proposal to create an indigenous fighter. The project defining phase was granted a budget of Rs 500 crore in 1986, he added.

“Dassault Aviation, a French company, was brought in and paid a large sum. They completed the task. The idea was submitted to the government in 1991, but funding for a technology demonstrator was not provided until 1993. He stated that the amount was Rs 2,188 crore.

He went on to say that the start date for the program should be either when the technology demonstration flew or when the first payment for it was made in 1993.

In order to compare the Tejas timetable to that of previous fighters, Rajkumar noted that when the UK launched the Eurofighter project in the 1980s, they had already tested a fly-by-wire system (which substitutes traditional manual flight controls with computer-controlled flight controls).

“In 2003, the Eurofighter (designed by four European nations) entered service. Despite having past expertise and technology, it took approximately 30 years to create the aircraft (the fly-by-wire system was tested in the 1970s). “The Gripen (Swedish) and even the Rafale (French) are similar,” he remarked.

According to the Air Marshal, when India began the project, it lacked the necessary technology and experience to build a contemporary fighter.

“We had to start from the ground up. We also enlisted the help of the Americans and the French. During one of the project meetings in the mid-1990s, I told a visiting American official that no one in the room, including myself, was receiving more than $1,000 per month in salary,” he said. “The American was taken aback when he heard this,” Rajkumar claimed, adding that the sanctions put on India in the aftermath of the Pokhran nuclear tests were also a hindrance because all outside assistance, including technological know-how, was withheld.