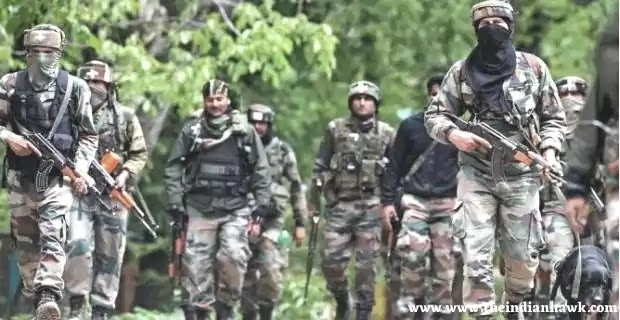 NEW DELHI: The Army is now firmly on course to create new self-contained fighting units called 'integrated battle groups (IBGs)’, which can mobilize fast and hit hard, after some delay due to the Covid pandemic and military confrontation with China.

The initial lot of IBGs, each with around 5,000 soldiers and a varying mix of infantry, tanks, artillery, air defence, signals, engineers and other units permanently deployed together, should be carved out of existing formations by early-2022, say officers.

Army chief General M M Naravane, in turn, told “Creation of IBGs is a logical step towards our operational thought process on how to conduct future operations in an integrated all-arms paradigm.”

Army chief General M M Naravane on Monday expressed hope that India and China will “settle” the continuing military confrontation in eastern Ladakh through negotiations. "Legacy issues, differences need to be resolved through mutual consent..not by unilateral actions,” he said speaking at an online

“The process of `IBG-isation’ is well underway and in-house deliberations are being carried out to evolve force structures proficient in fighting and winning future wars,” he added.

The creation of IBGs and theatre commands as well as the ongoing organizational restructuring of the 13-lakh Army are all geared towards acquiring a greater offensive punch and addressing the two-front challenge posed by China and Pakistan.

“The changing character of warfare, RMA (revolution in military affairs) and the extant/future threats to our active borders emphasize the requirement for faster application of forces. Technological advancements also necessitate a change in the concept of war-fighting and organizational structures,” said Gen Naravane.

The continuing stand-off with China in eastern Ladakh, which first erupted in April-May last year, has already led the Army to rebalance forces and firepower towards the 3,488-km Line of Actual Control (LAC) as the primary front from the decades-long focus on Pakistan.

Army chief General M M Naravane is in Bangladesh on a five-day visit to further strengthen bilateral military ties as well as discuss closer collaboration on strategic issues. Gen Naravane, who arrived in Dhaka on Thursday morning, held extensive discussions with top officers of the

This recalibration includes the change in the operational role of the 1 Corps towards the northern sector with China, including Ladakh, from the earlier focus on Pakistan. The truncated 17 Corps, in turn, will have a strike role in the eastern sector, including the Chumbi Valley opposite Sikkim, as was earlier reported by TOI.

“But the 1 Corps will also retain operational flexibility to deploy against Pakistan at short-notice. So, with an adequate number of acclimatized troops, the corps will be available for both China and Pakistan. This will be in addition to the Leh-based 14 Corps,” said an officer.

As for the composite IBGs, already war-gamed in exercises, the Army plans to first carve out 8-10 of them from the 9 Corps (Yol), 17 Corps (Panagarh) and 33 Corps (Sukna). To be commanded by Major-Generals, IBGs will be larger than brigades (3,000 soldiers each) but smaller than divisions (12,000 soldiers each).

“After the initial 8-10 IBGs have settled down, more will be created over the years. Different IBGs will be configured differently as per the threat, the type of terrain involved and the task to be achieved,” said another officer.

So, IBGs meant for Pakistan will be focused more on tanks and heavy artillery due to the plains involved, while the ones for China will revolve more around infantry and light artillery for mountain warfare.