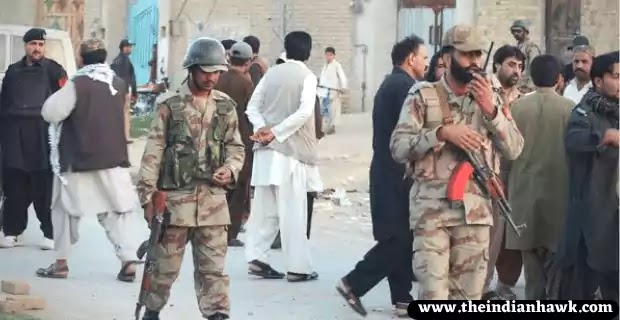 In the first incident, terrorists targeted Frontier Corps (FC) troops in Quetta and Turbat respectively on Monday, according to a statement issued by the media wing of the Pakistan Army – the Inter-Services Public Relations (ISPR).

The post near Pir Ismail Ziarat was targeted by terrorists, it said.

In another incident, terrorists targeted an FC vehicle with an improvised explosive device at Turbat and injured two soldiers.

“Such cowardly acts by inimical elements backed by anti state forces” said and added that they cannot sabotage the hard earned peace and prosperity in Balochistan.

It also said that the security forces are determined to neutralise their nefarious designs.

Resource-rich Balochistan for a long time has witnessed violence by the Taliban and Baloch nationalists.

Terrorists had earlier launched twin attacks on soldiers on May 9, killing three of them and five others wounded in two separate terrorist assaults in Quetta and Turbat, according to an ISPR statement.