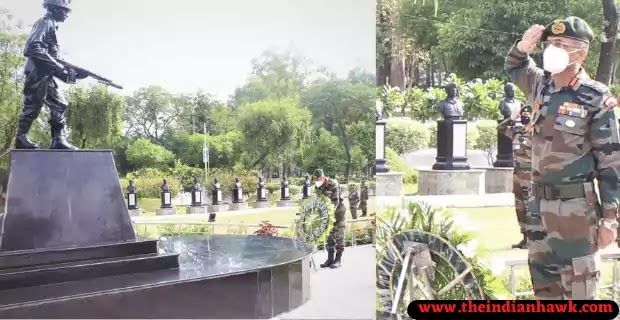 The White Knight Corps looks after the operational control of the area south of Jammu and Kashmir''s Pir Panjal and is a part of the Udhampur-based Northern Command.

Jammu & Kashmir, and Ladakh have three corps -- 14th (Ladakh), 15th (Kashmir) and 16th (Ladakh) -- looking after the operational areas along the Line of Control (LoC) and the Line of Actual Control, and parts of the hinterland alongwith five counterinsurgency divisions.

The 16 Corps is headquartered in Nagrota in the outskirts of Jammu city.

On the occasion, 16 Corps'' General-officer-Commanding Lieutenant General Suchindra Kumar complimented all ranks for the high standards achieved in discharging operational as well as administrative tasks, a defence spokesman said.

The GoC also paid floral tributes to the martyrs at the ''Ashwamedh Shaurya Sthal'' in a traditional wreath-laying ceremony.

The White Knight Corps was raised on January 1, 1972 as part of the Northern Command, and Lt Gen JFR Jacob was the first GOC, he said.

The Corps has a rich history of valour and has also performed commendably in all operations including counterinsurgency exercise till date, he said.

"Today on the 49th raising day, the White Knight Corps continues its pursuance of professional excellence," the spokesman said.

The GOC exhorted the soldiers to continue discharging the assigned task with utmost professionalism and dedication. PTI AB TIR TIR