Lt Gen YK Joshi said have been successful to a great extent in weaning the youth away from violence and gun culture by promoting friendly activities. 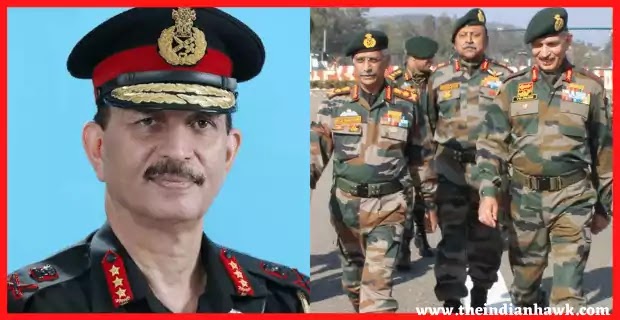 Asserting that after three decades of violence people are experiencing peace and its fruits, Northern Army Commander Lieutenant General Y K Joshi said the Army is making a two-fold effort to sustain peace and support civil administration in Jammu and Kashmir.

The Army commander said that they have been successful to a great extent in weaning the youth away from violence and gun culture by promoting people friendly activities.

"It is a visible reality that after three decades of violence, people are experiencing peace and its fruits," Lt Gen Joshi, who is a Kargil war hero, replied to a question whether people in Kashmir are yearning for the return of peace.

The Army commander spelled out his two-fold strategy to bring peace and normalcy in Kashmir.

"The effort of the Army is two-fold. One is to sustain peace and second is to support the civil administration in ensuring that people in 'the islands of peace' become the beneficiaries of the dividends of peace," he told PTI.

To achieve these ends, the Army is maintaining a high tempo of operations all across Jammu and Kashmir and at the same time it is vitalising the spectrum and scope of people friendly activities through Sadbhavana initiatives, he said.

Replying to another question whether the Army has been focusing on youth to break them out of the vicious cycle of violence, Lt Gen Joshi said, "We have redesigned our Sadbhavana initiatives to enlarge the scope for education, up-skilling of youth for the sectors where opportunities are emerging, identifying talented youth in varied fields and giving them opportunities."

The Army commander said the Army is also collaborating with NGOs and the corporate sector to enhance the scope for employment, self help groups (SHGs) and boosting entrepreneurship.

"The primary focus of the Army through Operation Sadbhavana has been the youth. In the field of education, the Army is running 43 goodwill schools, super 30 (medical) and super 50 (engineering) groups, giving scholarships to over 1,500 students and making efforts to sponsor higher education in universities outside J&K and at IIM Indore," he said.

The Army has established a network of skilling centers across the two union territories enabling youth to up-skill, he said.

The Army commander said that women empowerment efforts are embedded in almost all initiatives and the girls are taking long strides to build their future.

"By providing these opportunities, we have been successful to a great extent in weaning the youth away from violence and gun culture," he said.

The efforts of the administration are commendable in this regard and the Army is also making its humble contribution towards establishing peace, he said.

The Army is committed to sustain normalcy and peace which will allow the civil administration to operate in a "fear-free" environment in Jammu and Kashmir, Lt Gen Joshi said, maintaining that the security situation in the union territory has by and large been "peaceful".

He said that around 200 terrorists are operating in Jammu and Kashmir.

"The security situation in Jammu and Kashmir has by and large been peaceful, barring a few incidents, in which the terrorists, in order to vent their frustration, targeted soft and vulnerable parts of citizenry," he said.

He said that synergised ethical and precision operations by the security forces have dealt a severe blow to 'tanzeems' (terrorist outfits) and the terror network operating in Jammu and Kashmir and especially their leadership, both local and foreign.