Latest satellite imagery confirms that the Chinese PLA has been making minor adjustments along the LAC in Ladakh, n intense standoff with the India 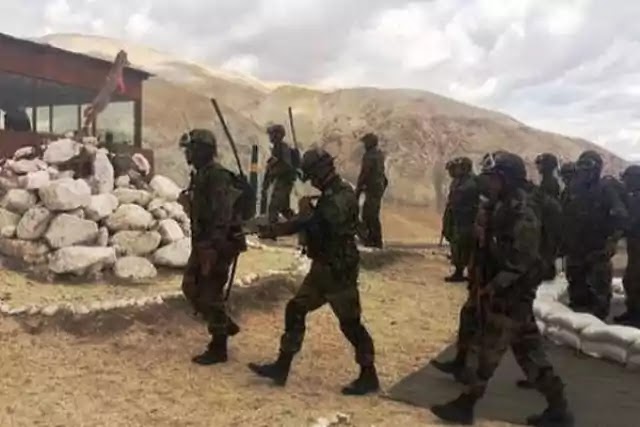 Satellite imagery from Capella Space shows recalibration of Chinese ground forces along LAC. Some of the forward PLA positions near Gogra post continue to have Chinese posts Depsang is another contested region where PLA has continued to upgrade its infrastructure

As the winter snow melts in the mountains, the Chinese ground forces seem to have recalibrated some of their positions near the Hot Springs and Gogra areas in Ladakh. Analysis of new high-resolution Synthetic-Aperture Radar (SAR) satellite imagery provided to India Today by space firm Capella Space confirms minor adjustments being made by the People's Liberation Army (PLA) of China.

The latest images attest the presence of the Chinese army near the Line of Actual Control (LAC), although their strength appears to have been reduced in some of the forward positions. The backward PLA positions, however, continue to horde the Chinese ground forces with new accommodations and bunkers.

India and China have been engaged in several military level talks to reduce the friction along the LAC over the last year. While the talks have successfully ensured complete disengagement from the Galwan river valley and the Pangong Lake area, the Chinese army continues to maintain its presence in other contested regions along the LAC.

Some of the forward PLA positions near Gogra post, which witnessed heavy build ups in July 2020, but later saw partial disengagement after military level talks, continue to have Chinese posts and vehicles according to the latest commercial satellite imagery.

A comparison of optical satellite imagery from February 2021 near Gogra post, with the SAR imagery of the same area from April 12 of this year, confirms the status quo in the vicinity.

However, some of the spots earlier seen acquired by the PLA in Hot Springs appear to have undergone minor recalibrations.

Heavy snowfall in the area, logistics and human resource related challenges associated with long-term deployments in difficult terrain may have led to the minor shuffle. However, the backward positions of the PLA near Hot Springs, which saw construction of permanent structures as well as bunkers and adjacent roads last year, continue to be occupied by the PLA.

Depsang is another contested region in Ladakh where Chinese armed forces have continued to upgrade their infrastructure over the course of the past few years. While Ladakh has remained a flashpoint between the two forces, the Chinese have not limited their hyperactivity merely to Ladakh.