Col Quazi Zahir, Ex-Pak Army Officer On Why He Helped India In 1971 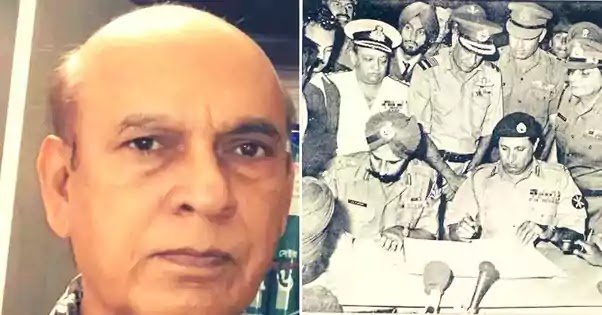 New Delhi: “I escaped with Rs 20, a shirt and the pant I was wearing, along with whatever I could gather on Pakistan’s war plans,” said Col Quazi Sajjad Ali Zahir (retd), a hero of the 1971 Bangladesh Liberation War, as he recalled his journey from being a Pakistani Army officer to becoming one of the key persons involved in the independence of erstwhile East Pakistan.

Col Zahir, 70, has been honored with the Padma Shri, one of the highest civilian awards of India, for the year 2021.

“Every award is a milestone. But the Padma Shri is special to me because it is for upholding the spirit of the Bangladesh Liberation War,” he told ThePrint from Dhaka.

Col Zahir had joined the Pakistani Army at the end of 1969 and was commissioned into its Artillery Corps. However, upon hearing the atrocities that were being committed by the Pakistan Army in East Pakistan (now Bangladesh), he fled the country and reached India.

“I was part of the elite 14 Para Brigade but the horrors from East Pakistan moved me. I decided to desert and crossed into Jammu and Kashmir from the Samba border. I had Rs 20 with me, along with the pant and shirt I was wearing. But I gathered whatever I could on Pakistan’s war plans and got in touch with the Indian Army,” he said.

A death sentence was issued against him by the Pakistan Army, one he still carries against his name.

“It is an honor for me that there is a death sentence issued by the Pakistan Army against me. My family suffered a lot because of Pakistan. My father’s small house in Dhaka was burnt down. My mother and sister were chased by the Pakistani soldiers from their house till they were able to get refuge,” he added.

‘I think I fought well’

After joining hands with India, Col Zahir played a key role in the training of the Mukti Bahini, a resistance movement consisting of the Bangladeshi military, paramilitary, and civilians working towards the independence of East Pakistan.

He also organized the 2nd Artillery Force in the Sylhet region. A field artillery battery was formed with the six 105 mm artillery that India gave to the Mukti Bahini, of which Col Zahir was the co-captain.

Starting October 1971, the battery-assisted the Mukti Bahini’s Z Force in the greater Sylhet region with artillery fire support in various battles, according to The Daily Star.

“I think I fought well,” Col Zahir said while talking about various aspects of the 1971 War.

He is also a pioneer in documenting the contribution of Bangladeshis and Indians, both civilians and military personnel, in the 1971 War. He has written 54 books and was awarded the Swadhinta Padak (Independence Award), the highest civilian award in Bangladesh, in 2013.

“Together, with Indian veterans, we wrote two books and I am now compiling a third titled The War We Fought Together. My books have been published by CLAWS also,” he said, referring to the Indian Army think tank.

Col Zahir now heads the Bangladesh government’s efforts to honor the families of Indians who made the supreme sacrifice in the 1971 War that lasted 13 days and led to the creation of Bangladesh.