Defence News: A team of 120 Para Commandos of Indian Army was given the task to raid and destroy enemy’s artillery guns positioned inside Pakistan.

Defence News Bureau: A team of 120 Para Commandos of Indian Army was given the task to raid and destroy enemy’s artillery guns positioned inside Pakistan territory during the 1971 war.

The military engineers told them that 3 kg of plastic explosive would be enough to damage the guns, the commanding officer of the unit, however, asked the raiding team to “add 2 kg extra for luck”. The raid, popularly recognised as “Operation Mandhol” is considered to be the first surgical strike by Indian Army’s Special Forces inside enemy territory.

The raid had also forced the Pakistan army to raise a second line of troops to secure their artillery guns, thereby changing their military doctrine.

Recalling the war, Colonel K D Pathak (retd), who was then a captain and second-in-command (2-IC) of the company that carried out the raid, said during the night of December 13/14, 1971, his unit was assigned the task of destroying Pakistan’s artillery guns positioned near Mandhol village — around 19-km southwest of Poonch.

Six 122mm Chinese guns of Pakistani battery were creating trouble for 93 and 120 infantry Brigades of the Indian Army. The 9-Para unit was then posted at ‘Nangi Tekri’ post at the height of 4,665 feet in Poonch sector in Jammu and Kashmir. 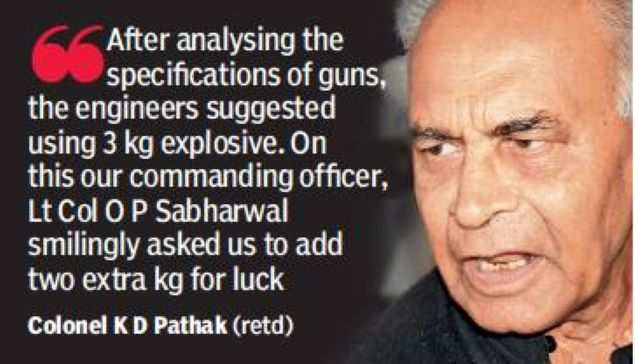 One of the renowned veterans of special forces, Col Pathak, 80, said their company comprising five officers and around 120 men, led by Maj C M Malhotra, started around 5.30pm on December 13, 1971.

“It was a cold night and they had to cross neck-deep water of the Poonch river to reach Mandhol. On reaching the village, they found it completely deserted. After tracing the gun positions, the party was split into six groups with each attacking one gun.

After a fierce battle with the enemy, all guns were destroyed with the help of pencil-cell connected timer explosives. During the fight, many soldiers of the Pakistan army were killed while several fled,” recalls the veteran.

The raiding party of Indians lost two of its men while 20 were wounded. Col Pathak, who is also the founder of 52-Special Action Group (SAG), of the National Security Guards (NSG), which is specialised in antihijack operations, said before moving for the operation, they discussed with military engineers about how much plastic explosive was to be used to destroy the enemy guns.

“After analysing the specifications of guns, the engineers suggested using 3kg explosive. On this our commanding officer, Lt Col O P Sabharwal smilingly asked us to add two extra kg for luck,” recounted the veteran. 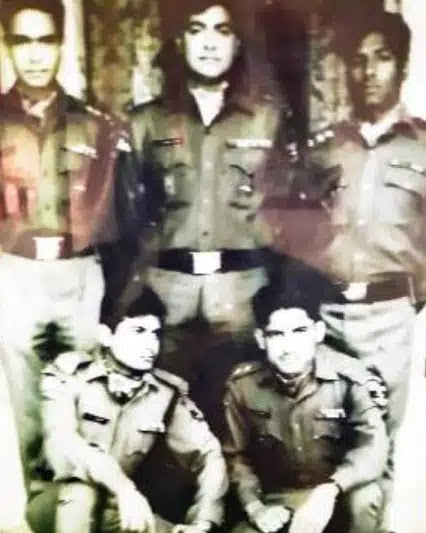 Col Pathak said the most difficult part of the task was to returning with 20 wounded soldiers and the body of one martyred. They reached their post at 6.30am, the next day. Despite having normal weaponry — 7.62 MM SLR rifles and 9-MM carbine, a vintage communication system, the raid was very precise, calculated and a successful operation inside the enemy territory. He added that the 9-Para managed to conduct such a successful operation despite the fact that it was raised only a short time ago.

“It was possible only because of the rigorous training and great teamwork by all 120 men who participated in the operation,” said Col Pathak, who is settled in Chandigarh after his retirement in 1992.

Operation “Mandhol” is also taught to the future leaders of the Army in the officers’ training academies. In recognition of the gallant act conducted by 9-Para, the unit was conferred “Theatre honour J&K” and “Battle honour” for the defence of Poonch. However, no individual medal or decoration was given to the troops that carried out the raid.