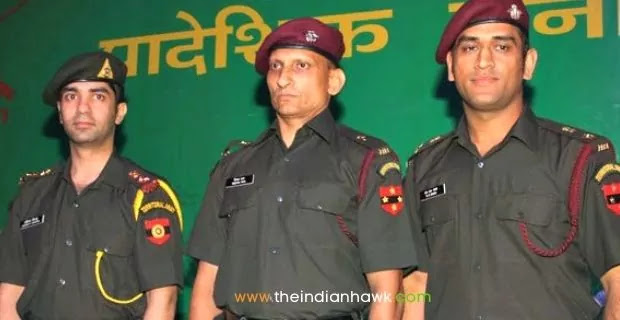 What Is Indian Territorial Army? 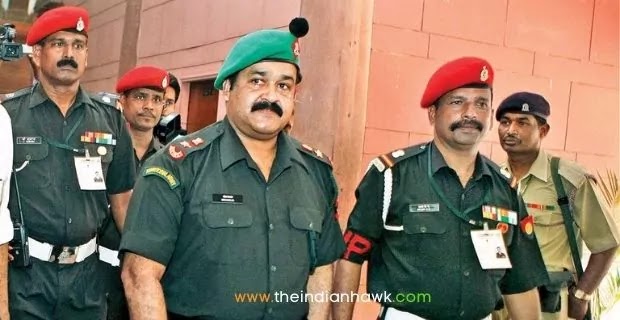 They contain battalions from every regiment in the Indian Army, including the Para Battalion. They have taken part in every operation and battle in Independent India.

What are the roles and duties of the Territorial Army?

Does a Territorial Army Officer get a salary annually?

Every year, territorial army officers in India are embodied for a two to three month training camp and subsequently disembodied. The people return to their various vocations in the Civil; some are bankers, lawyers, agriculturists, and so on.

The idea behind the aforementioned exercise is that workers receive annual reorientation training so that they may be appropriately hired as and when the demand arises, without having to pay their persistent expense while not embodied, i.e. salary is paid only during the period of embodiment.

The good news for TA candidates is that, because there is a severe scarcity of officers, most officers who volunteer to serve beyond their embodiment time each year are kept. Officers are promoted based on their track record of service and length of active duty.

As a result, TA officers continue to serve and be promoted in the same way as other regular officers do today. The following are the usual embodiment periods:

The Government of India has provided a wonderful chance to young men who are well established in their professional lives. They may now join the Territorial Army as officers and fulfill their ambition of donning army officer uniforms. The finest part is that you may serve your country in both civilian and military capacities. On top of that, you must lose your primary professional, whether it is an MNC work, a government position, or your own business.

Who is eligible for Indian Territorial Army?

You must be settled and working in one of the above-mentioned professions. The Territorial Army is not for recent graduates or those with only a few years of job experience. To ensure that you pass the Territorial Army Exams, it is best to first establish yourself in your existing career.
Also, if you have missed out on regular entries due to the age factor, it doesn’t mean you are perfect for Territorial Army now, you need to fulfil all eligibility requirements first and being gainfully employed will help you to get shortlisted for the next round.
*(Note : Serving Employees of Police/Paramilitary Forces are not eligible.)*

The officer and men of the Territorial Army have been decorated for their gallantry and distinguished services. So for they have earned 02 Ati Vishisht Seva Medal (AVSM), 15 VSM, 05 Vir Chakra, 13 Sena Medal, 25 Mentioned-in-Despatches and 43 COAS commendation card.

The Indian Defence Force Act was promulgated in 1917 and it made conscription (compulsory military service) mandatory for all Europeans permanently residing in British India between the ages of 16 and 50.
The Indian Defence Force incorporated the Europeans and Indians in separate sections, i.e. the British and the Indian sections. While Indians joined the force as volunteers, the Europeans were conscripted. The major reason to establish this force was to release regular troops from garrison duties during the First World War.
Later in the year 1920, the Territorial Army was raised by the Britishers. It had two wings, 'The Auxiliary Force' for Europeans & Anglo-Indians and ‘The Indian Territorial Force’ for Indian Volunteers.
Territorial Army Act was passed in 1948 and TA was raised after it was formally inaugurated by the first Indian Governor General Shri C Rajagopalachari on 09 Oct 1949, which is celebrated every year as the Prime Minister's TA Day Parade.
The Territorial Army initially had various types of units such as armoured regiments, infantry battalions, air defence, medical regiments, engineer field park companies, signal regiments, Electronic and Mechanical Engineers (EME) workshops, coast batteries, Army Service Corps GT Coy, ASC Compo Pl, and AMC field ambulances.
By 1972 these units were either disbanded or converted into Regular Army units with the exception of infantry battalions.
Also Read: U.S. Pullout a Big Step, Must Ensure Democracy Prevails In Afghanistan: S Jaishankar

Candidates whose application forms are found to be accurate are invited to a Preliminary Interview Board (PIB) by the relevant TA Group Headquarters for screening (Written Exam and Interview).

Successful candidates are next evaluated before a Service Selection Board (SSB), which is identical to the SSB for any other entry. The SSB selection is followed by a Medical Board for ultimate approval.

Syllabus for Exam, No of Questions & Marks

Type of Exam: Objective (OMR Answer Sheet will be used).

Qualifying Marks: The candidates will have to score a minimum of 40% marks in each paper separately and have an overall average of 50% to qualify.

Penalty for Wrong Answers: There will be a penalty imposed for wrong answers marked by a candidate as under:-

For Ex-Service Officers Only

Pay and Allowances and privileges will be the same as for Regular Army Officers when embodied for training and military service. Promotions up to Lt Col by time scale subject to fulfilling laid down criteria. Promotion to Colonel and Brigadier by selection.

Certain State Govts and Departments give the following incentives to TA personnel:-

All personnel of infantry and Departmental TA will be called out for service embodiment by the Central Government or the authority empowered by it to do so, on the eve of national Emergency or for Internal Security duties and training exercises. Failure to report for service on such occasions is punishable under the Territorial Army Act 1948.

Territorial Army personnel are entitled to the following benefits from the Defence Estimates during embodiment for training and service embodiment:

How will the life of a territorial Indian Army officer be?
Life in TA is on similar lines with regular Indian Army officers. They enjoy same pay and allowances as that of a regular serving officers.. TA officers also can become ADCs to President of India and governors just as regular officers.
You can serve as part-time or full time. You will be trained for 3-6 months at IMA Dehradun as a commissioned officer rank of Lieutenant and then assigned to units for orientation training.
Does a territorial army officer in India get a salary annually?
Salary is given only for the period of embodiment that is 02-03 Months a Year.
Is territorial army a full time job?
The Territorial Army is a part-time idea that requires two months of training per year and does not offer a full-time job.
Can I join the Territorial Army and serve full-time?
No. You can not. The basic requirement of TA is that you have to be gainfully employed in civil. TA is not a full-time career. However, it may be possible for you to get embodied every year.
what is territorial army in India?
The Indian Territorial Army (TA) is the Indian Army's second line of defense after the Regular Indian Army; it is not a profession, occupation, or source of employment.
How territorial army works?
Territorial Army is a branch of the Regular Army, and its current role is to relieve the Regular Army of static duties, assist civil administration in dealing with natural disasters, and maintain essential services in situations where community life is jeopardized or the country's security is jeopardized, and to provide units for the Regular Army as and when required.