However, despite trouble in the neighbourhood, the world reposed faith in India's democracy and strength as a crucial and responsible power. 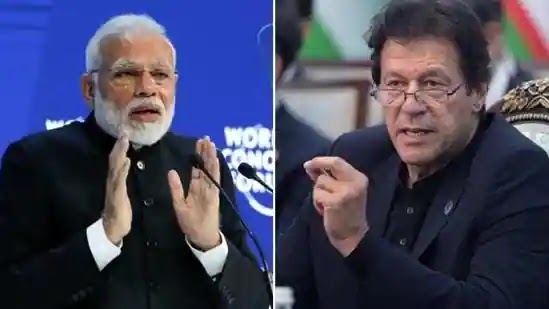 The year 2020 began for India with already troubled ties with Pakistan and in these 12 months, the border standoff between New Delhi and Beijing led to Indo-Sino relations reaching a fresh low. However, despite trouble in the neighborhood, the world reposed faith in India's democracy and strength as a crucial and responsible power.

The downgrading of Diplomatic Ties

Post the Pulwama attack in India's Jammu and Kashmir sponsored by Pakistan-based terror group and New Delhi's decision to revoke special status from J&K, the bilateral ties between India and Pakistan were severely affected. The verbal combat between New Delhi and Islamabad continued in 2020 with no signs of any breakthrough. In June, India asked Pakistan to reduce its staff strength in New Delhi by 50 per cent and ordered the same for its high commission in Islamabad.

In late March, India imposed a nationwide lockdown to contain the spread of novel coronavirus and in May when the country was struggling to control the rising number of virus cases, China's attempts rose to encroach Indian regions in the Ladakh border region which even led to skirmishes between armies of both the countries.

The two Asian juggernauts for the first time in several decades came very close to war after violent confrontations led to the killing of 20 Indian soldiers in the Galwan Valley in Ladakh.

China is blamed for the origins of coronavirus and post the Galwan Valley incident, the anti-China sentiment rose across India and world with many countries showing solidarity with India.

Despite all this, Beijing's People's Liberation Army (PLA) continued its attempts to encroach Indian territories and intimidate its security personnel. This even led to shots fired in the Line of Actual Control (LAC) for the first time in 45 years.

In early July, Indian Prime Minister Narendra Modi made a surprise visit in Ladakh where he reminded China that the era of expansionism is over and firmly responded Beijing that it has seen the "fire and fury" of Indian forces.

Force Build Up And Banning of Chinese Apps

Not just by words, India responded to Chinese aggression in the border on the ground too. India increases its troop presence in the LAC with deploying fighter jets like Sukhoi Su-30MKI, Jaguar and Mirage-2000 in frontier airbases. Indian Air Force (IAF) also substantially increased its warships and submarines in the Indian Ocean region to send across a message to China.

Throughout the year, Pakistan tried to raise the issue of Kashmir after India revoked Article 370 in 2019 in several international forums, including in a SAARC meet that was organised for a collective battle against the coronavirus.

In November end, New Delhi also criticised Organisation of Islamic Countries (OIC) for condemning scrapping of Article 370, saying that the association was "used by a certain country, which has an abominable record on religious tolerance, radicalism and persecution of minorities", in a reference to China.

China's expansionist approach in the Indo Pacific region brought closer the democratic and global powers and an appropriate result of this was the strengthening of the Quadrilateral alliance, commonly known as Quad, a grouping of Australia, United States, Japan and India.

The foreign ministers of four countries met in Tokyo in October where they vowed for a free, open and rules-based Indo Pacific, sending a strong message to China.

Days before the presidential election in the US, New Delhi and Washington signed a crucial defence pact Basic Exchange and Cooperation Agreement (BECA) that provides sharing of high-profile military technologies.

With this, India has got access of advanced US military technology that will help the country in keeping close and better surveillance on Chinese intrusion and aggression moves.

So far, nine-level of commander-level talks between both sides have taken place, and despite a consensus on reducing the troop build-up at the LAC, the standoff between both the countries continues.

No Breakthrough On Kulbhushan Jadhav Case

In 2020, the suspense over the death sentence given to Indian naval officer Kulbhushan Jadhav by Pakistan military court remained. Both India and Pakistan failed to reach a consensus on how Jadhav should be represented in the review appeal in Islamabad High Court.

New Delhi has claimed that Islamabad failed to fulfil the "core issues" surrounding the case, including "provision of all documents, providing unimpeded, unhindered and unconditional consular access" as ordered by the International Court of Justice (ICJ).