A hefty addition to the total of ₹3,23,053 crore provided in 2020-21 for India’s defense budget, or stick to a moderate increase in view? 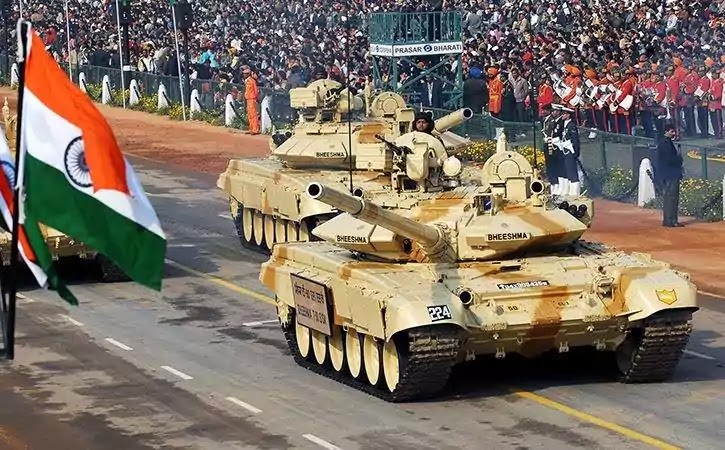 Finance Minister Nirmala Sitharaman will present the Narendra Modi government’s eighth consecutive regular budget in early February 2021. All eyes will be on budget allocations for the ministry of defense (MoD).

Will Sitharaman make a hefty addition to the total of ₹3,23,053 crore provided in 2020-21 for India’s defense budget, or stick to a moderate increase in view of the harsh economic reality?

The general expectation is that India’s defence budget is poised for a robust increase in 2021-22. This expectation has been heightened by the country’s ongoing military standoff with China in eastern Ladakh.

Chinese perfidy and the prolonged crisis at cold mountainous heights, with no sign of disengagement in the near future, have called for renewed attention to plugging holes in India’s defense preparedness in the shortest possible time-frame.

An additional defence allocation will not only cater to the immediate requirements of nearly 50,000 forces deployed in eastern Ladakh to counter the Chinese belligerence, but will also signal that India’s government means business when it comes to the nation’s sovereignty and security.

The extra allocation will also help expedite key border-infrastructure development projects and speed up the execution of modernization programmes expected to give a further boost to the Indian armed forces in dealing with the two-front threat of external aggression faced by the country, a threat that’s more real now than ever before.

Along with the armed forces, the Indian industry, particularly domestic arms manufacturers, would be expecting a significant increase in the capital procurement budget, which has come under severe stress over the last several years. In fact, shortages on the procurement front have been so acute that the MoD has been finding it increasingly difficult to pay for ongoing contracts, let alone pay for new ones. In the past three years, these shortages have been in the range of 25-33%.

A reasonable hike of ₹10,000-15,000 crore over the current year’s procurement budget of ₹90,048 crore would provide necessary support for India’s Atmanirbhar Bharat Abhiyan (self-reliance movement), under which the government has announced a number of far-reaching measures to promote the indigenous manufacture of defence equipment.

The implementation of the ‘negative arms import list’, under which 101 defense items are to be sourced from the domestic industry without resorting to direct imports, and the new Defence Acquisition Procedure of 2020, which accords further priority to local industry over foreign companies in arms procurement, would require a substantial and steady flow of resources.

The MoD, on its part, would be hoping that its long-standing demand for an adequate and non-lapsable fund for India’s defense forces would finally be heeded, albeit through the 15th Finance Commission, which recently submitted its final report to the government.

Inadequate funds for defense and internal security have been a cause for concern, leading the Modi government to task the Commission to propose specific measures to ensure adequate, secure, and non-lapsable funds for the purpose.

In addition, the Commission was also asked to examine the feasibility of setting up a separate mechanism to fund the country’s security. It would be worthwhile to see what specific measures the Commission has recommended for the mobilization of additional resources for exclusive use by Indian security forces.

A non-lapsable fund for defense, if provided, would offer a safety cushion for undertaking capital expenditure on procurement without the fear of unused funds being surrendered at the end of each fiscal year.

Last but not least, there is an expectation, especially among the strategic community, that the defense budget of 2021-22 will accompany reform measures to balance its revenue-capital mix, which over the years has deteriorated, due to less-than-desired annual expansion of the defense budget and the ballooning of manpower costs.

With nearly 65% of the MoD’s budget going towards salaries, pensions, and other such costs, the government’s ability to spend adequate money on buying new equipment and maintaining existing arms has come under a great deal of stress. Any reform measure to arrest manpower costs would go a long way in improving the teeth-to-tail ratio of the Indian armed forces.

Meeting all these expectations would be a tall order. The main challenge would be the state of the Indian economy, given the impact of the Covid pandemic. With the economy contracting for two successive quarters, the revenue position of the Union government could not have been worse.

The reduction of fiscal space caused by the economic slowdown and competing demands for resources from various other sectors, most of which are in dire need of budget support to emerging from the Covid-induced slump, would limit the government’s ability to spend freely on defense. The finance minister will have the delicate and difficult task of stimulating the economy while also providing adequate resources for defense.