China wants the PM Oli-led government to rescind the presidential order dissolving parliament and has offered to use its influence with the rival. 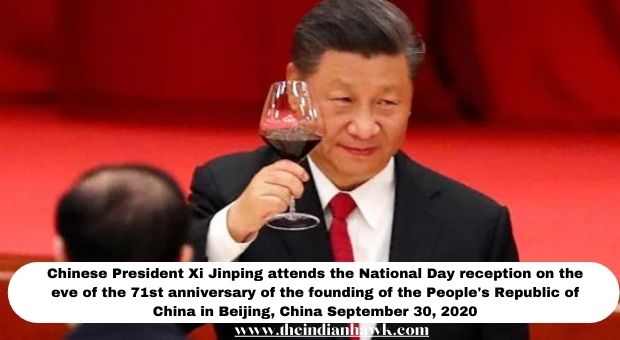 A team of senior officials of the Communist Party of China that landed on Sunday continued their interactions with leaders of Nepal Communist Party on Monday in an effort to broker peace between the two rival factions of the ruling party in Kathmandu.

Chinese President Xi Jinping last week deputed the delegation led by Guo Yezhou, vice-minister of the international department of the Chinese communist party’s central committee, after Prime Minister KP Sharma Oli sprung a surprise on his detractors in the party and dissolved Parliament. Fresh elections to the 275-seat House of Representatives have been scheduled in two phases on April 30 and May 10 next year.

Guo Yexhou, who flew into Kathmandu’s Tribhuvan International Airport in a scheduled Air China flight with three delegates, is learnt to have been told by President Xi to amp up Ambassador Hou Yanqi’s efforts to keep Nepal Communist Party in one piece. About 7-8 more communist party officials drove into Nepal from the land border.

Guo Yezhou’s team met President Bidya Devi Bhandari and Prime Minister KP Sharma Oli on Sunday. The President’s office hasn’t given any details of the discussions or the guests except to confirm the Chinese team’s meeting with Bidhya Devi Bhandari, who had signed off on the recommendation to dissolve parliament.

PM Oli, who was seen to be reluctant to engage with the Chinese and had previously told off the Chinese ambassador for her interventions, did meet the Chinese team on Sunday evening. PM Oli’s foreign affairs advisor Rajan Bhattarai had described the meeting, which local media reports indicated went on for two hours, as a “courtesy call”.

On Monday, Guo Yezhou’s delegation drove down to the Khumaltar residence of former prime minister Pushpa Kamal Dahal aka Prachanda who is leading the rival faction within the communist party to discuss the options to stop the party from splitting. Guo will next meet another former prime minister Madhav Nepal who is aligned with Prachanda.

Nepal watchers said President’s Xi’s Communist Party of China wants the PM Oli-led government to rescind the presidential order dissolving parliament and has offered to use its influence with the rival faction led by Prachanda and Madhav Nepal to get them to back off and guaranteed that he would be able to complete his five-year term.

The buzz in Nepal’s political circles is that PM Oli stood his ground and indicated that he would rather let the Supreme Court take the call on the presidential order. Five judges of Nepal’s top court have started hearing dozen-odd petitions filed against President Bhandari’s order dissolving the House of Representatives.

PM Oli is also learnt to have pointed to his previous discussions with ambassador Hou who at one point, wanted him to step down, and asserted that it would not be possible for him to roll back his cabinet’s recommendation.

In a televised address to the nation that followed the dissolution of Parliament earlier, PM Oli had lamented that his rivals within the party hadn’t been letting him function and had planned to move a vote of no-confidence against him.

Prachanda and Madhav Nepal, who led the offensive against him, are learnt to be planning to form a government with the Nepali Congress and the Janata Samajwadi Party - the two opposition parties that have been launching sharp attacks at PM Oli for his decision.
Source
#China #Nepal #PM Oli