At 25, the flight lieutenant from Varanasi is about to make history. And she was only 15 when she first framed her dream of ‘wanting to touch the sky’ 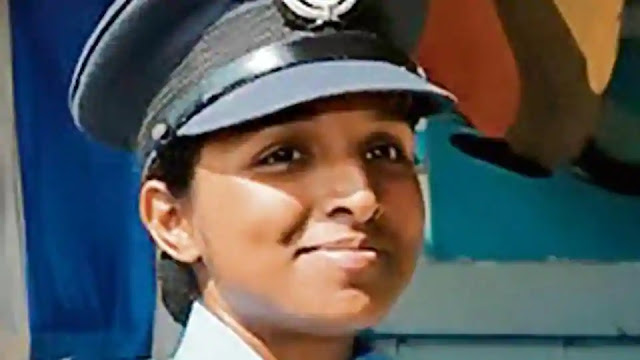 She was in her teens when her grandfather took her to the Air Force Museum in Delhi. When Shivangi Singh returned home, her mother says, she couldn’t stop talking about the planes, flight, and more than anything, the sight of women in uniform.

Ten years on, Shivangi, 25, is one of only 10 women fighter pilots in the country, and is undergoing rigorous training to become the first woman to fly the Rafale fighter jet. She joined the IAF’s fighter stream in 2017. She flew the MiG-21 Bison aircraft soon after being commissioned, and was until recently serving at a fighter base in Rajasthan.

Once her conversion training is done — this is the training required whenever a pilot has to switch from one aircraft type to another — the Varanasi girl will join the No 17 squadron based in Ambala, Haryana, a squad also known as the Golden Arrows.

“From the place of temple chimes, look at this girl as she shines. It’s heartening that the IAF gave Shivangi a fair chance. I am so proud I donned the IAF blues, a service that shows that you can dream and live that dream,” says Wing Commander (Retd) Anupama Joshi, who was in the first batch of women officers commissioned into the IAF, in 1993.

There are a total of about 4,000 women in the Indian armed forces, but combat roles are off-limits to most. It was only in 1992 that women were first allowed to join the armed forces outside the medical stream. Tanks and combat positions in the infantry remain no-go zones.

Warships will soon have women on board; the first two women naval aviators are set to soon operate from the flight decks of warships and stay on board the vessels. The IAF has so far taken the lead in crushing internal resistance to induct women into active combat.

And so 10 women have been commissioned as fighter pilots in the five years since the government launched an experimental scheme for their induction into the combat stream.

“I am proud of her for scripting history. Her dedication and commitment towards her goals has brought her this great success,” says Singh’s father, Kumareshwar Singh, who runs a tour business.

Singh’s ’s mother, Seema Singh, describes her as a naughty child who loved to play cricket in the streets with her two younger brothers.

“In Class 8 she became very serious about academics. She scored more than 90% in the Class 10 and 12 exams both,” her mother adds. “After the results were announced, people would ask Shivangi about her plans for the future. My daughter would say, I want to touch the sky.”

The family’s neighbours, Vijay and Tinku Yadav, say all of Varanasi celebrated the news of Singh’s Rafale posting. “We are delighted that a girl who grew up in our neighbourhood will now fly this aircraft and bring glory to the country and our city,” Vijay Yadav says. India ordered 36 Rafale jets from France in a deal worth Rs 59,000 crore. Five of the jets have arrived, and are being operated in the Ladakh theatre where the military is on high alert amid border tensions with China.

Singh could soon be flying in that sensitive zone. Back in her neighbourhood, when girls are asked what they want to be, they name Shivangi Singh. “But none of that has changed her one bit,” her mother says proudly. “When I called her a few days ago, she asked for my blessings. She asked about her father and brothers. Neither of us spoke about her latest achievement. As her mother, I just asked her to take care of herself.”