NEW DELHI: This week India came down hard on Pakistan at the Commonwealth foreign ministers’ meeting, describing it as a “globally acknowledged promot 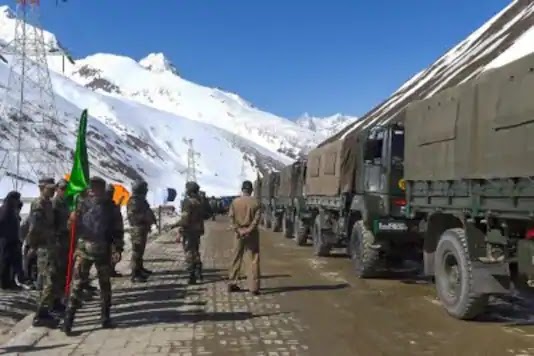 NEW DELHI: This week India came down hard on Pakistan at the Commonwealth foreign ministers’ meeting, describing it as a “globally acknowledged promoter of state-sponsored terrorism” masquerading as a victim and dismissed Pakistan foreign minister Shah Mehmood Qureshi’s comments on Kashmir as a subject that was India’s “internal matter”.

The dismissive and undiplomatic brusque response has now become the template for Indian response to Pakistan’s repeated attempts to raise Kashmir, a position that has steadily solidified since the reorganisation of J&K in August last year.

While the commentary is not new, the clear signal to Islamabad is that it has no locus standi on Kashmir and is, in fact, in illegal occupation of PoK. In sharp words, Vikas Swarup, secretary in MEA, slammed Qureshi for raising the Kashmir issue, sarcastically observing that his reference to a south Asian nation that committed atrocities against its religious minorities seemed to best describe Pakistan — a country “that brought genocide to South Asia 49 years back when it killed its own people (in erstwhile east Pakistan)”.

Later, foreign minister S Jaishankar used the Asia Society platform to state, “terrorism from Pakistan remains publicly acknowledged by their government as a policy that they are justifying. So it makes it very hard to conduct normal relations with them”.

His iteration that Kashmir’s reorganisation is an “internal matter” swiftly dissipated any prospect of a return to the old engagement template with Pakistan, a message that New Delhi is emphatically conveying to the power centres in the neighbouring nation.

In fact, Pakistan PM Imran Khan’s NSA Moeed Yusuf laying out the parameters of future talks with India, showed how far apart the two countries were with his suggestion that India wanted to talk being dismissed out of hand. So far as India is concerned, the “status” of Kashmir, an article of faith for Pakistan, in talks with India, is now a non-issue or at least no longer as Islamabad has considered it.

The “composite” dialogue of eight subjects, or even the rebadged “comprehensive” dialogue kick-started by late foreign minister Sushma Swaraj, is no longer applicable in the current context, particularly after the Modi government created the UTs of J&K and Ladakh. According to government sources, Pakistan will no longer have any locus standi to discuss this.

While New Delhi has always maintained J&K to be “an integral part” of India, there was an implicit accommodation of the Pakistani position at any engagement. That has now gone. Since August 5, 2019, India has certainly come under international pressure, but this has been on the issue of human rights in Kashmir, detention of political leaders, press freedom, 4G internet access. There has been no push-back on Article 370 — except for Pakistan and China.

“After PDP chief Mehbooba Mufti was released last week, we’re getting less questions from the international community,” a source said. Jaishankar said in his remarks this week that India’s external boundaries have not changed.

“So as far as our neighbours are concerned, our point to them is that this is something which is internal to us. Every country after all reserves the right to change its administrative jurisdictions. A country like China has also changed the borders of its provinces and I’m sure a lot of other countries do that. Neighbours get impacted only if your external boundaries change. That has not happened in this case,” he said.

Pakistan is yet to comprehend the changed metrics of engagement, as was clear during Yusuf’s interview to an Indian media channel. India is likely to push at least diplomatically for return of Kashmiri territory illegally held by Pakistan (and a part of it ceded to China).

On the UN Security Council resolutions, India considers them to be infructuous now, because there is no longer any possibility of a plebiscite, after the constitutional action of August 5, 2019. For the past year, the foreign office has taken a harder and more belligerent stand with Pakistan. India has not neglected to emphasise the internal nature of the actions on Kashmir.

This has now become accepted Indian positions, and this will form the basis of any future engagement with Pakistan, said people familiar with developments.